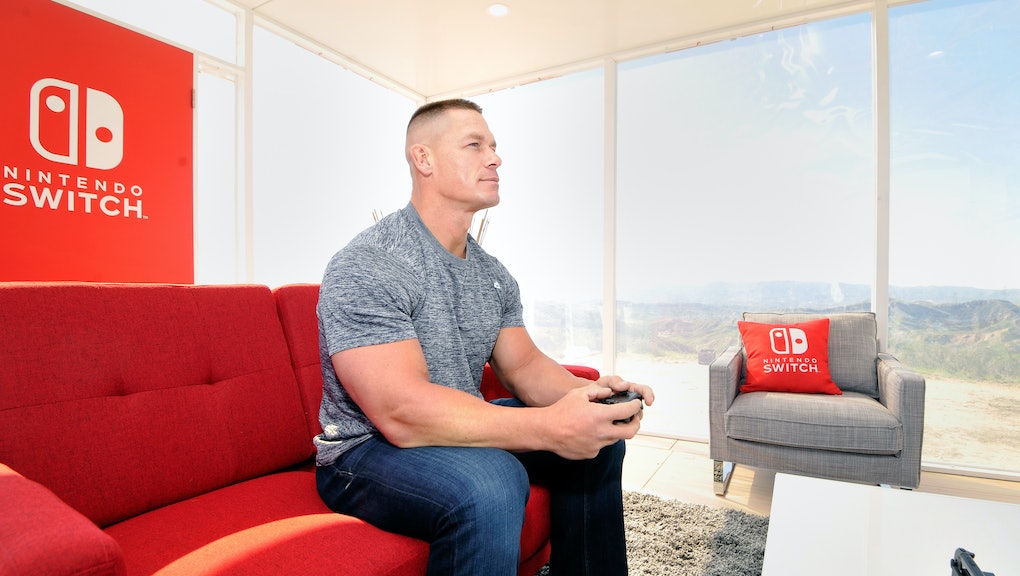 The Nintendo Switch release date has been bolstered by the company's willingness to advertise its latest console. While the Wii U largely went unknown outside of gamer circles, Nintendo is making sure the opposite is true for the Switch.

The Japanese gaming company has appeared on Jimmy Fallon's Tonight Show and aired ads all over TV — including during the Super Bowl. Now Nintendo is bringing the WWE into the mix for a last-minute hype tour with some help from none other than John Cena.

Nintendo announced its unlikely John Cena partnership on Feb. 21 with pop-up events in select locations, including an invite-only event in the California desert, an Aspen pop-up and launch celebration in New York on March 3. A couple of days later, Cena tweeted a photo of himself wrestling with the Switch to mark the start of the tour.

The Santa Clarita Nintendo pop-up has already come and gone. But other locations for the tour include Snowmass Village in Aspen, Colorado, on Feb. 27 and Flatiron Plaza in New York City on March 3.

If you can't make it to a Nintendo launch event, don't worry. At least you can still enjoy this great meme of John Cena getting trolled on the Switch while you wait for the console's March 3 release date.