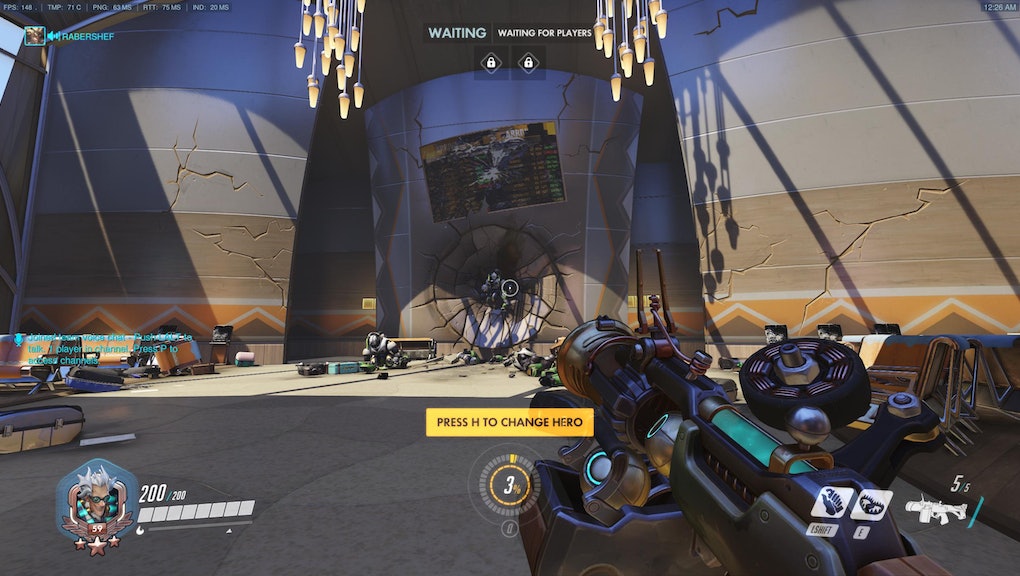 On Friday, a new patch hit the Overwatch public test realm that significantly modified parts of the Numbani map. Specifically, Doomfist's gauntlet is now missing from the payload and the offensive team's spawn point inside the Numbani airport is now destroyed.

Here's what the Numbani airport looks like on the PTR now:

And here's the image of the Numbani payload:

This update is all linked to teases the Overwatch team has been trickling out about a new character named Efi Oladele. Earlier on Friday, the Overwatch Twitter account shared an image of the now-destroyed Numbani airport as though it were a breaking news alert. The image credit on the photo shows that Efi Oladele took the picture.

It's unclear how the rumored hero Doomfist fits into the picture, especially since Jeff Kaplan seemed to shoot down rumors he'd be the next Overwatch hero. It's also worth noting an Overwatch player found the new, alternate model of the Numbani payload hiding within the PTR's files several weeks ago.

We seem to be just on the cusp of something big in the Overwatch universe, so we'll keep you updated if anything new occurs.