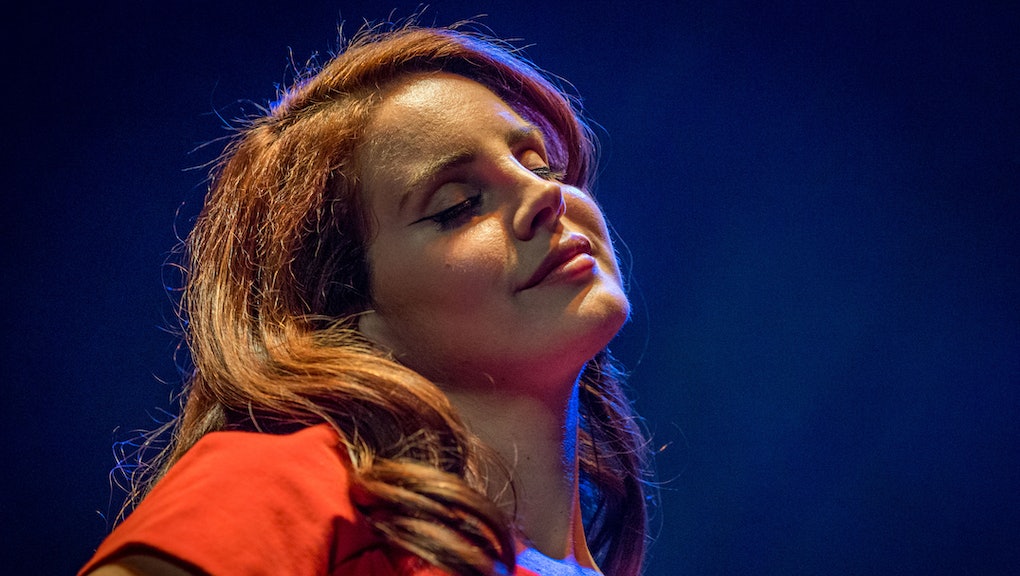 Witches around the world have plans to cast a mass spell on President Donald Trump on Friday — and singer Lana Del Rey is apparently getting in on the action.

On Thursday she tweeted a photo along with the cryptic message, "At the stroke of midnight / Feb. 24, March 26, April 24, May 23 / Ingredients can b found online."

The message seems to refer to the viral plans — first circulated in an online document allegedly crafted by an anonymous organizer — to cast a spell on Trump "at midnight on every waning crescent moon until he is removed from office," beginning on Friday. The spell isn't intended to hurt Trump: According to the FAQs on an official Facebook post for the mass-magic event, it's "a binding, not a hex or a curse" and is meant to keep him from doing harm.

The "ingredients" to which Del Rey's tweet refers are listed in a post on Extra Newsfeed and include an "unflattering photo of Trump," a "tiny stub of an orange candle" and a lighter.