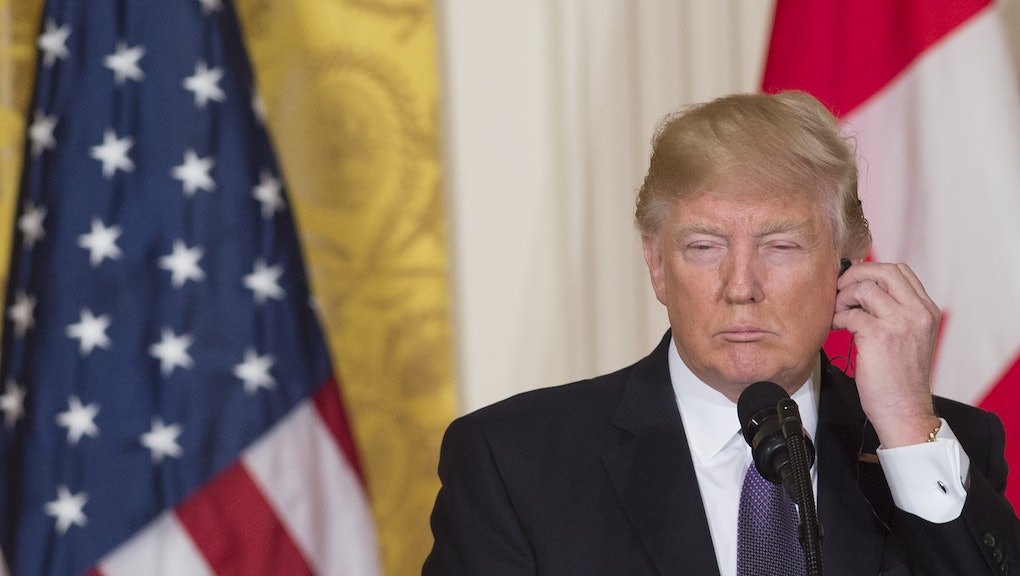 President Donald Trump issued a cryptic congratulations — one which seemed more like a taunt — to newly selected Democratic National Committee chairman Tom Perez on Saturday, saying "I could not be happier for him, or for the Republican Party!"

Trump had previously gone after Democrats deliberating the future leader of their party earlier in the week, tweeting about the sometimes acrimonious feud between supporters of Perez and his closest rival for the DNC chairmanship, Rep. Keith Ellison.

Though both Perez and Ellison urged Democratic unity, regardless of the outcome of the vote on Saturday, others viewed the decision as a make-or-break split between the centrist wing of the party (Perez) and the leftist wing (Ellison).

After Trump tweeted "One thing I will say about Rep. Keith Ellison, in his fight to lead the DNC, is that he was the one who predicted early that I would win," Ellison responded to Trump "My latest call? America is coming together like never before; we'll stop your drive to divide us. #libertyjustice4all".

While Trump might be doing his best to aggravate divisions within the Democratic Party from the comfortable vantage of his Twitter account, Perez, for his part, elevated Ellison to deputy chair of the party shortly after his selection.

"Call me Tom," Perez shot back early Saturday afternoon. "And don't get too happy. @keithellison and I, and Democrats united across the country, will be your worst nightmare."