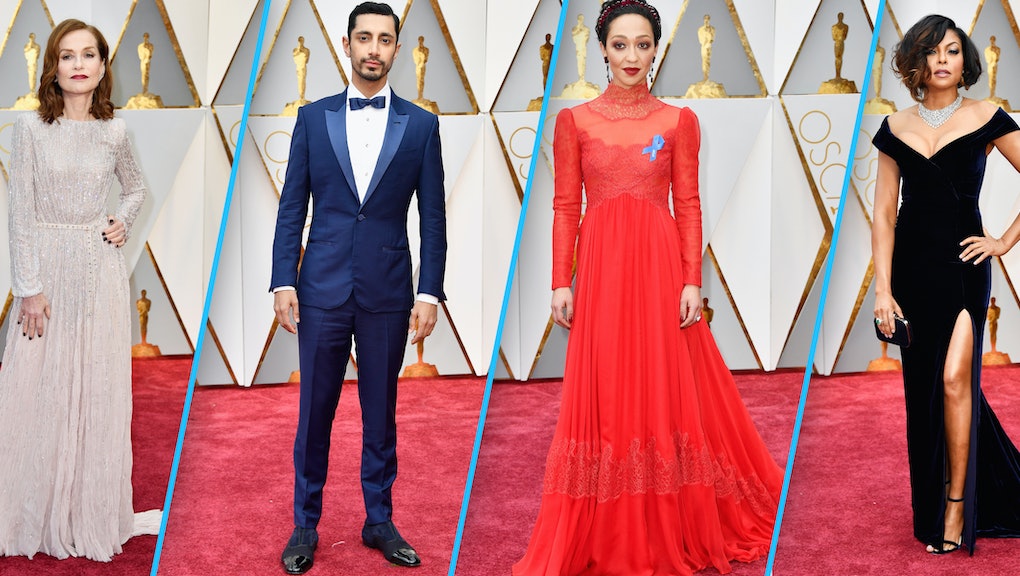 Fashion is afforded no singular bigger global stage than on the Oscars red carpet. It's the final stop in a laundry list of red carpets in the constant dog-and-pony show that is awards season.

Thankfully, the dresses at this year's 2017 Academy Awards did not disappoint. From Ruth Negga in a show-stopping, fire-engine red Valentino (she joined fellow nominees sporting baby-blue ACLU ribbons, including Lin-Manuel Miranda and Barry Jenkins) and Emma Stone wowing in Givenchy Haute Couture to Janelle Monáe serving sparkly Cinderella realness in Elie Saab, the gowns were as much a celebration of fashion as they were the actresses wearing them.

The men stepped it up, too, including Riz Ahmed in blue Ermenegildo Zegna and Justin Timberlake in classic Tom Ford.

Check out some of our favorite looks from the big night below.

Justin Timberlake in Tom Ford and Jessica Biel in KaufmanFranco