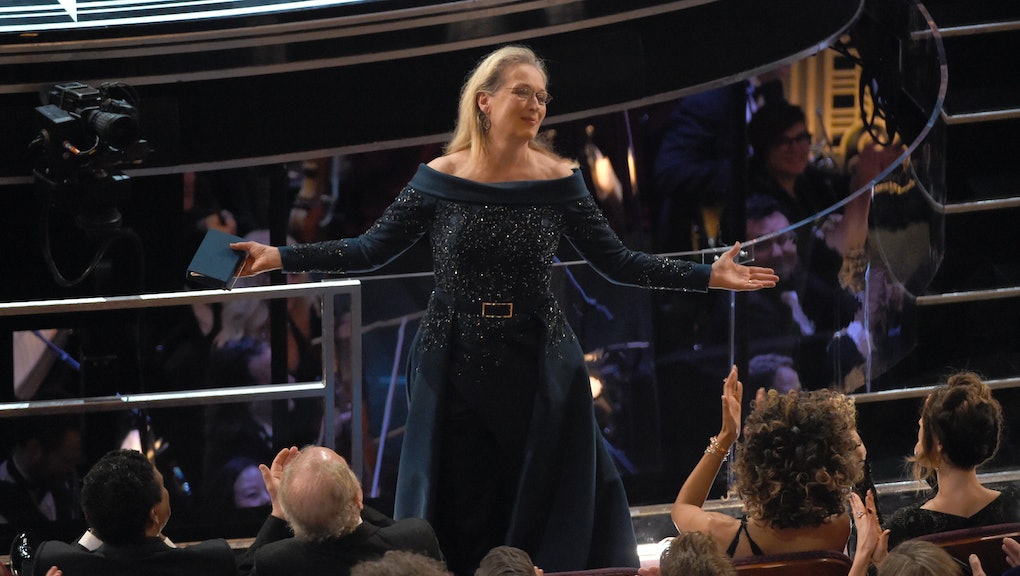 Soon after the 2017 Oscars began, host Jimmy Kimmel decided to give a special shout-out to one of Sunday's nominees, Meryl Streep, who made news at the Golden Globes earlier this year for putting then President-elect Donald Trump on blast.

Following her Golden Globes speech, the actress — nominated for her 20th Oscar for her lead performance in Florence Foster Jenkins — was called "highly overrated" by Trump, which prompted Kimmel to make his own jokes about the actress. Streep ultimately received a standing ovation from the Oscar crowd for the unprecedented amount of Academy Award nominations she's received throughout her career.

"We're also here to honor the actors who seem great, but actually really aren't," Kimmel joked. "And of all the 'great actors' here in Hollywood, one in particular has stood the test of time for her many uninspiring and overrated performances."

"From her mediocre early work in the Dear Hunter and Out of Africa to her underwhelming performances in Kramer vs. Kramer and Sophie's Choice, Meryl Streep has phoned it in for more than 50 films over the course of her lackluster career. This is Meryl's 20th Oscar nomination."