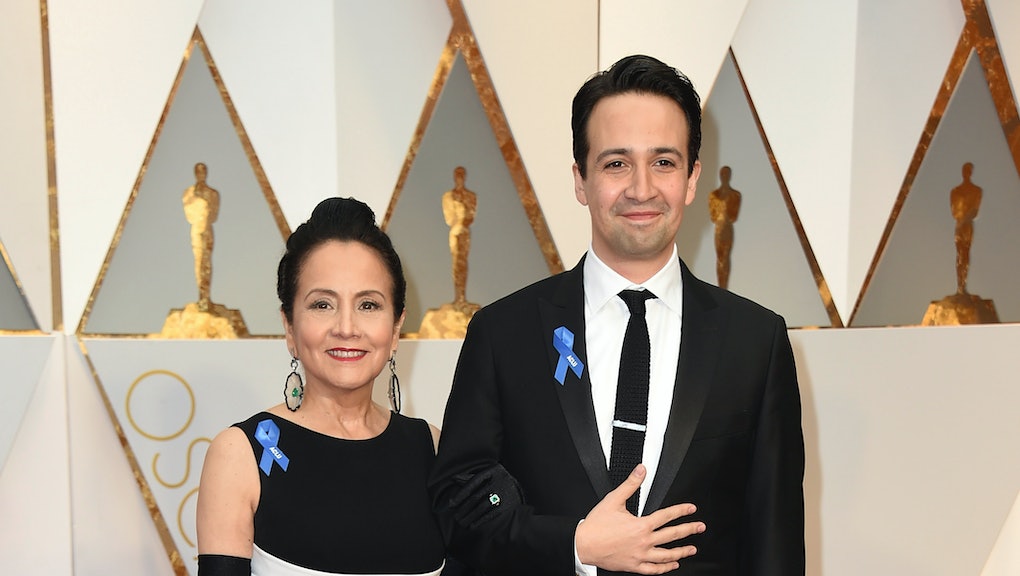 Lin-Manuel Miranda is award-show royalty. He's hit just about every major awards show over the past two years, performing songs from his hit Broadway show Hamilton and Disney's Moana. At this point, he's got to keep it interesting somehow.

At the 2017 Oscars, Miranda took the stage to provide an intro for the film's lead Auli'i Cravalho, spitting an entirely new Moana-themed verse he seemed to have written especially for the occasion.

"Before she sings the solo, shall I set the scene?" Miranda rapped to open Cravalho's performance, outlining aspects of the animated film's plot. "Picture a young warrior not even 17/ She dreams of open seas/ She's full of hope and sees a future where she sets her sail and rope against the open breeze."

After setting the scene, he ceded the stage to Cravalho, who breezed through the performance, singing flawlessly despite being whipped in the head with a flag by one her background dancers.

Watch the performance and read Manuel's full intro lyrics below:

Before she sings the solo, shall I set the scene?