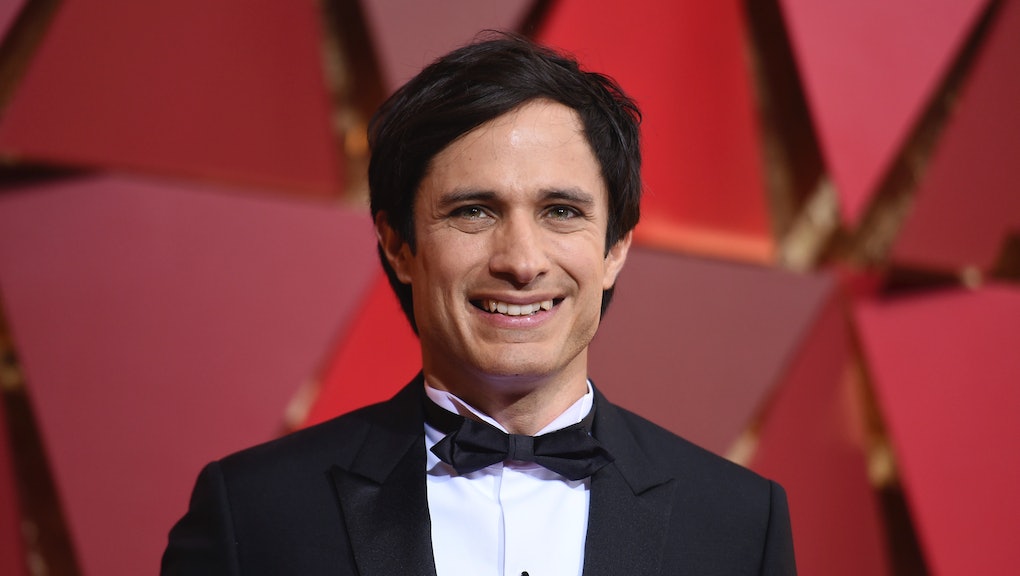 "As a Mexican, as a Latin American, as a migrant worker, as a human being, I'm against any form of wall that wants to separate us," Bernal said.

Bernal has previously spoken out against Trump's border wall when discussing his 2015 film Desierto. The film follows Bernal's character — a Mexican migrant worker who is attempting to cross into America when he is hunted down by an American vigilante played by Jeffrey Dean Morgan.

"It is far bigger, the unity that exists, than what somebody can do as a president," Bernal told the Daily Beast in December. "The only problem is that his discourse can create problems, of course. It can create the empowerment of certain people that feel that they have to take matters into their own hands, and that's really the problem. That's what Desierto really exemplifies."

The Twitterverse praised Bernal's unifying message in what has — thus far — been a politically-charged awards show.