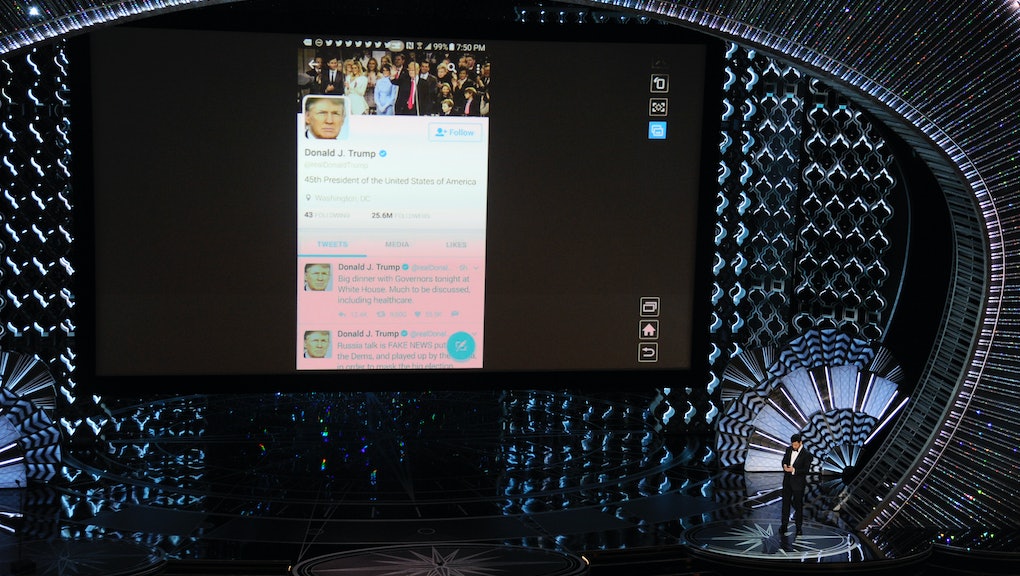 What did Jimmy Kimmel tweet at Donald Trump at the 2017 Oscars? Read the tweets.

Midway through the 2017 Oscars, host Jimmy Kimmel feigned concern after learning President Donald Trump had not yet tweeted about the awards ceremony.

Kimmel made several jokes about Trump throughout the show and was surprised the president had not yet taken to Twitter to vent. Given Trump's tendency to comment on various pop-culture happenings — like Saturday Night Live and Meryl Streep's Golden Globes speech — his silence, at least while the ceremony was live, prompted Kimmel to get ahead of the game.

Kimmel brought out a projector to show the tweets he drafted for Trump. The Streep one took a dig at Trump, who called the actress "highly overrated" after her blistering Globes speech.