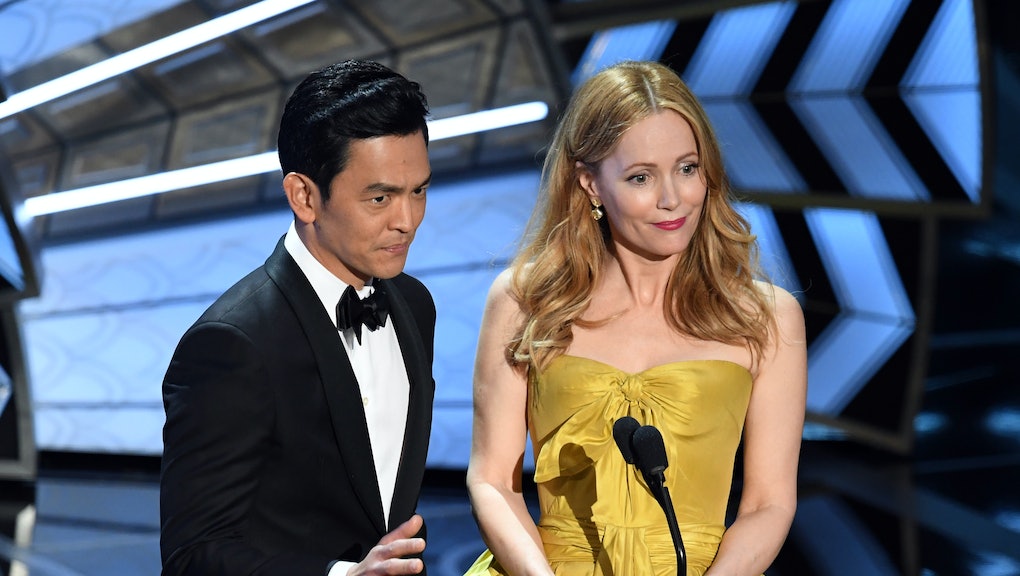 Oscars 2017: People are thirsty for John Cho to star in more films

This is John Cho. He's pretty easy on the eyes.

Aside from smoldering good looks, Cho also has the chops to helm gut-busting comedies like the Harold & Kumar franchise and action-packed films such as Star Trek.

However, despite his objective greatness, Hollywood still doesn't give Cho the attention he deserves. But if Tinseltown executives perused Twitter during Cho's appearance on the Oscars stage, they'd quickly realize he's beloved among fans and could be a box-office headliner.

And hey, mythical Hollywood executive reading this — this isn't the first time the public has clamored for more Cho. In May, the Starring John Cho website reimagined some classic and popular movie posters by casting Cho in each film's lead role.

William Yu, who created the poster series, previously told Mic he was "tired of hearing that a role can't be played by an Asian actor because people 'just don't see it.'"

Yu said he started the photo series to help people see what it looked like to have Cho in a starring role.

Here are a few examples:

Hollywood, this is a no-brainer. Cast. John. Cho.