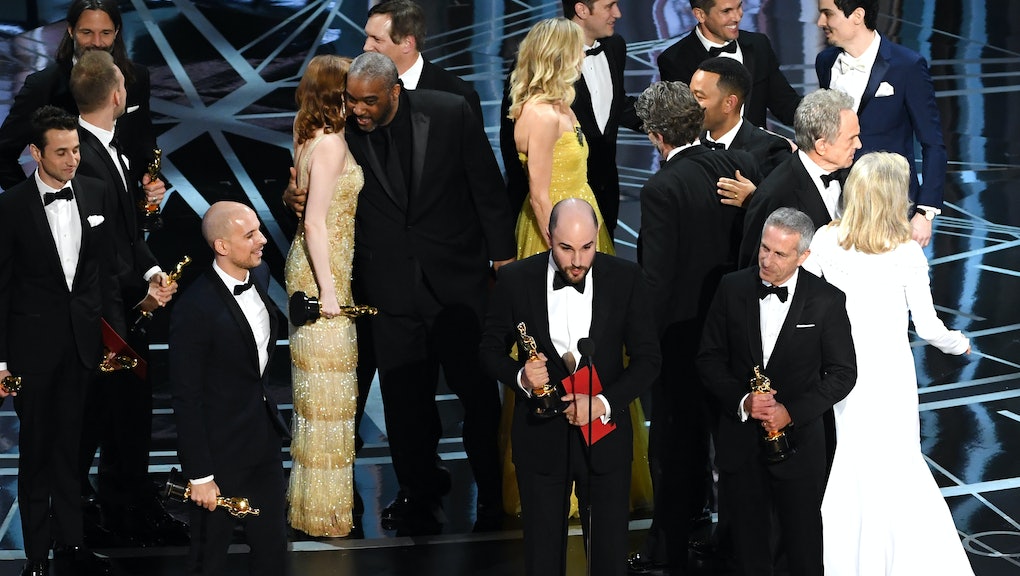 In the final minutes of the 2017 Oscars, actors Warren Beatty and Faye Dunaway presented the award for best picture, an award the pair initially announced went to La La Land. However, as the cast and crew of the musical film delivered their speeches, producer Jordan Horowitz realized there had been a mistake — Moonlight was actually the best picture of the year.

You can catch the moment where Horowitz realized the award was actually meant for Moonlight below.

Before members of the Moonlight team walked onstage to deliver their speeches, Beatty grabbed the mic to explain what went wrong. Apparently, he was confused after being given an envelope with Emma Stone's best actress win for La La Land. Dunaway was the one who read the wrong card.

Anyway, Moonlight was the real best picture winner at the 2017 Academy Awards.