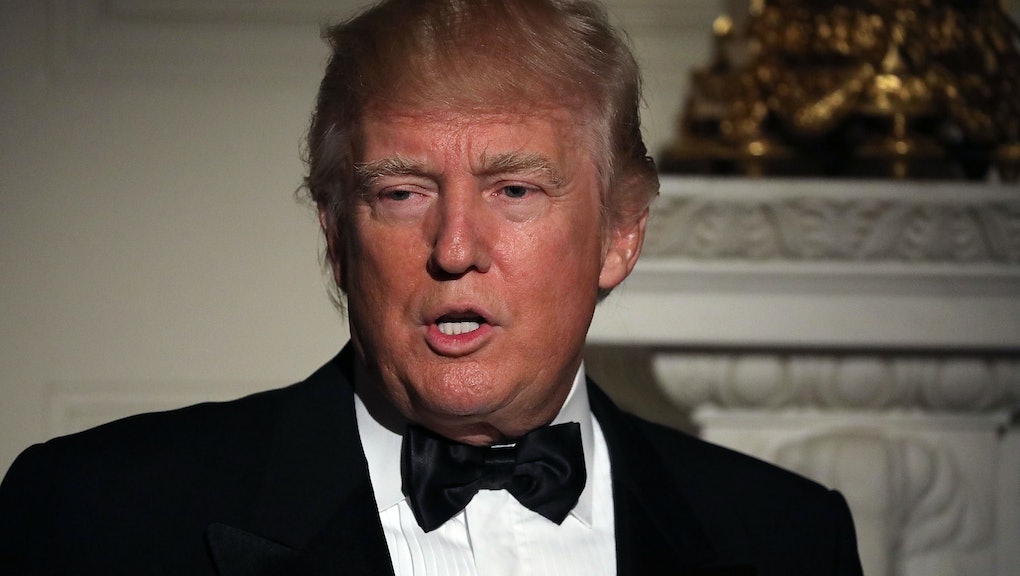 President Donald Trump has declared the media the "enemy of the people" — a fiery phrase many say Trump is using to craft a new adversary now that he vanquished Hillary Clinton in the election.

The phrase, however, isn't unique to Trump.

"Enemy of the people" is actually a line that was employed by Soviet dictators Vladimir Lenin and Joseph Stalin to denounce capitalists and political adversaries, the New York Times reported.

The phrase was so sinister that even Nikita Khrushchev, a Soviet leader during the Cold War, denounced its use, saying Stalin used it to knock down anyone who disagreed.

Khrushchev outlined his opposition to the phrase in a speech he delivered in 1956 denouncing Stalin:

Stalin originated the concept "enemy of the people." This term automatically made it unnecessary that the ideological errors of a man or men engaged in a controversy be proven. It made possible the use of the cruelest repression, violating all norms of revolutionary legality, against anyone who in any way disagreed with Stalin, against those who were only suspected of hostile intent, against those who had bad reputations. The concept "enemy of the people" actually eliminated the possibility of any kind of ideological fight or the making of one's views known on this or that issue, even [issues] of a practical nature.

It's not clear if Trump knew the origins of his "enemy of the people" line, according to the Times.

Still, this is not the first time Trump has used a phrase with dark roots. In his inaugural address, Trump delivered a message of "America first." That term, which originated in the 1940s, was used by Nazi sympathizers like Charles Lindbergh, who did not want America entering World War II.