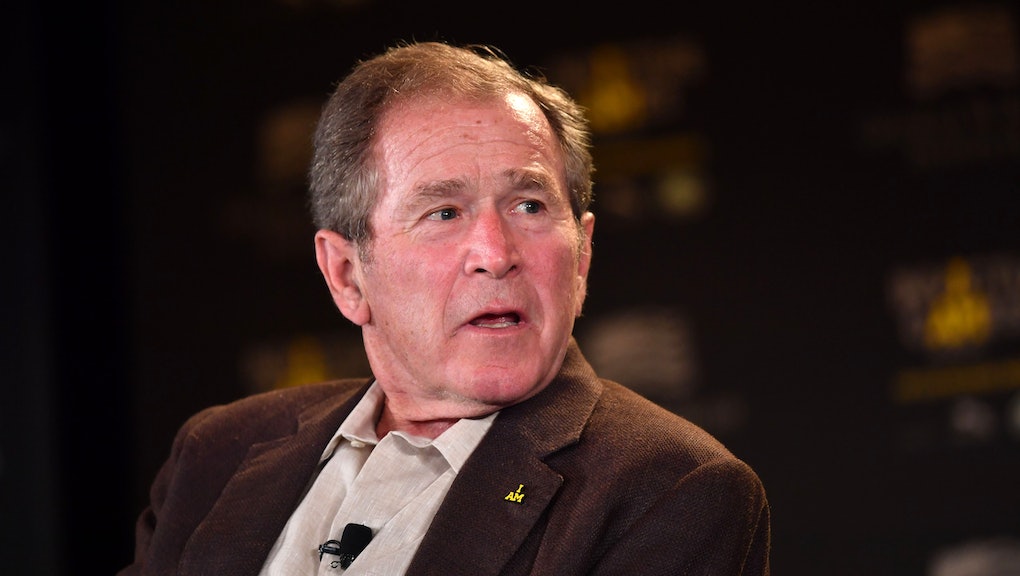 George W. Bush speaks out on Trump's war with the media, travel ban

During his first major interview since Donald Trump was sworn in as president, former President George W. Bush weighed in on the current administration's contentious relationship with the press, its ties to Russia and the temporary travel ban it recently imposed on seven Muslim-majority countries.

While the Republican former president seemed to shy away from leveling a direct critique of Trump's war with the media, he told Today's Matt Lauer that he unequivocally supports a free press, which he described as "indispensable to democracy."

"We need an independent media to hold people like me to account," Bush said. "Power can be very addictive, and it can be corrosive, and it's important for the media to call to account people who abuse their power, whether it be here or elsewhere."

Bush also said that convincing then-Russian president-elect Vladimir Putin to support a free press was one of the early challenges of his presidency, and suggested that the United States might now be presenting a hypocritical posture on that front.

"It's kind of hard to tell others to have an independent free press when we're not willing to have one ourselves," he said.

During the wide-ranging interview, Bush also said that he supported an investigation into Trump's ties to Russia ("I think we all need answers,"), but stopped short of directly denouncing the temporary travel ban on seven Muslim-majority countries. Instead, he suggested that the right to worship freely is a "bedrock of our freedom."

"I think it's very important for all of us to recognize that one of our great strengths is for people to be able to worship the way they want to or not worship at all," he said.

Pressed by Lauer to give a definitive answer on whether or not he supports the travel ban, he said, "I think it's very hard to fight the war on terrorism if we're in retreat."