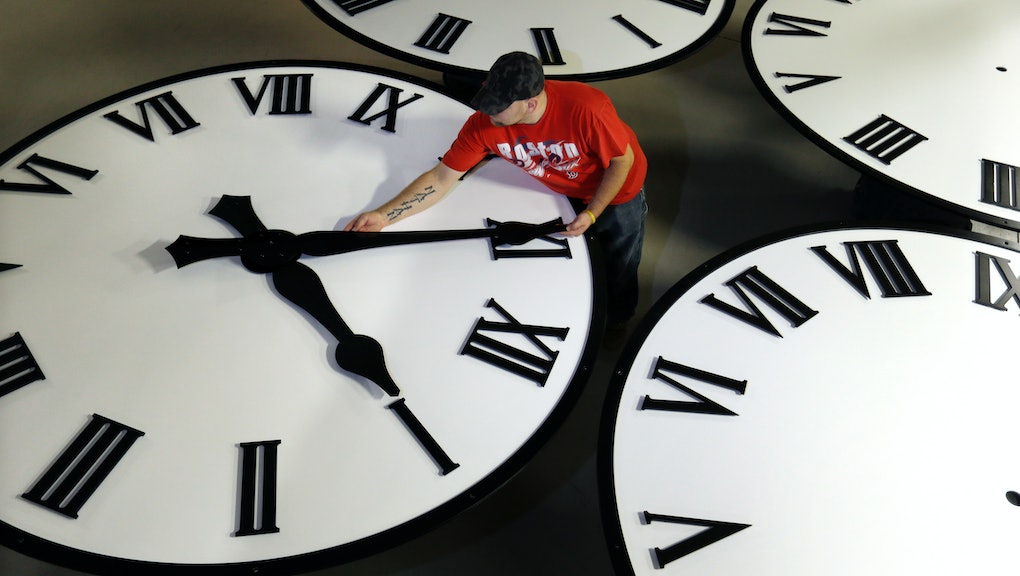 When is daylight saving time/day 2017? Here's what you need to know.

Like Last Week Tonight's John Oliver, perhaps you are wondering why daylight saving time is still a thing. As Last Week Tonight showed in a March 2015 segment, it is proven that daylight saving time does little to save energy or help farmers' activities —as it was originally intended. Instead, it can cause car accidents and work-related injuries weeks after the time change.

Yet again, the United States and about 70 other countries across the globe are ready to set the clocks forward.

When does daylight saving time start?

Unless you live in Arizona, Hawaii, Puerto Rico, the Virgin Islands or American Samoa, get ready to set your clock forward on March 12 at 2 a.m. Many electronic gadgets — from computers to smartphones — automatically change the time accordingly.

While daylight saving time grants us one more hour of sunlight at the end of the day, a petition online asks Congress to end this practice: "It's an antiquated practice that only aggravates people," the petition states. "As it is Arizona, Hawaii, Puerto Rico, Guam, the Virgin Islands and America Samoa do not participate in this practice."

Others states have had mixed reactions. According to the Star Telegram, Texans are filing a proposal to their state capital to end daylight saving time. One local representative has received about 80,000 emails, texts and calls from Texans in recent years to take matters on this issue, the paper reported.

Similar reactions can be found on Twitter, where users agree that daylight saving time should be eliminated.

But others thank the heavens for daylight saving time.