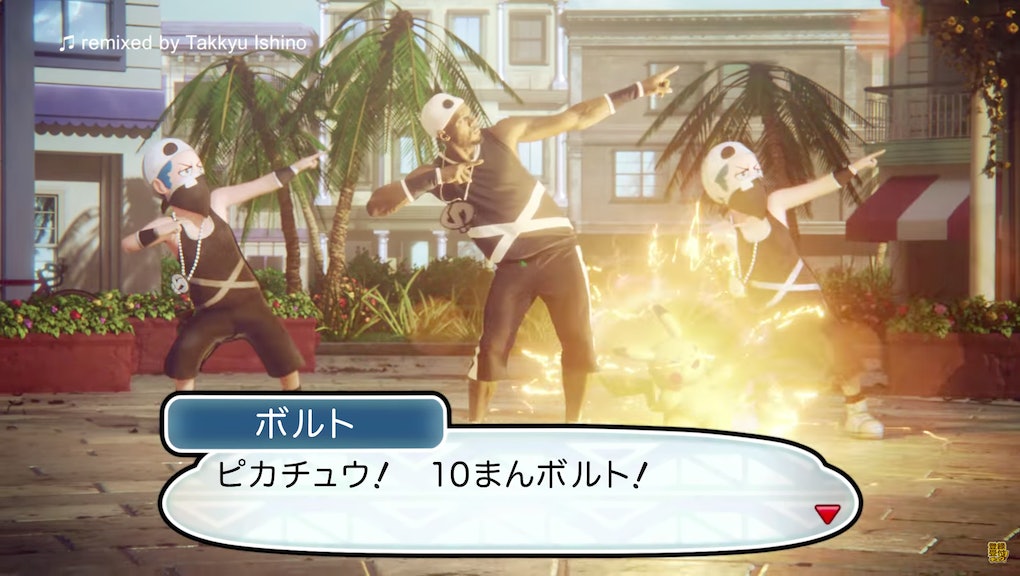 This ad for 'Pokémon' stars Usain Bolt, Team Skull and some wild cosplay

The Pokémon Stars release date is still just a myth, but we definitely didn't expect Usain Bolt to join the series before its next sequel. Well, sort of. While you can't play as or fight against Jamaica's star sprinter, you can catch him hanging with the antagonists of Sun and Moon in the latest spot for the games.

Read on to check out Bolt's baffling new Pokémon Sun and Moon ad and the possible implications it might have for future games in the series.

Pokémon Stars release date: What this ad tells us about Sun and Moon's sequel

The Pokémon commercial shows the nine-time gold medalist dressed as a Team Skull member and assuming his signature pointing pose. But one question haunts this Pokémon ad. Why is Nintendo airing now it? You bring out the big guns to promote a Pokémon right after its release, now months later. Right?

An advertisement like this would have made sense around November, when Sun and Moon was released. Months later, most people interested in picking up the game likely already own it. Nintendo can still expect a trickle of sales, but it still seems odd to ramp up production right now.

So is it possible the Pokémon Co. actually wants to ramp up interest in Pokémon because it has something new coming soon. It's possible this ad is simply meant to boost sales for the already successful Sun and Moon, but we can't help but wonder if the company is actually paving the way for a big Pokémon Stars announcement in the near future.