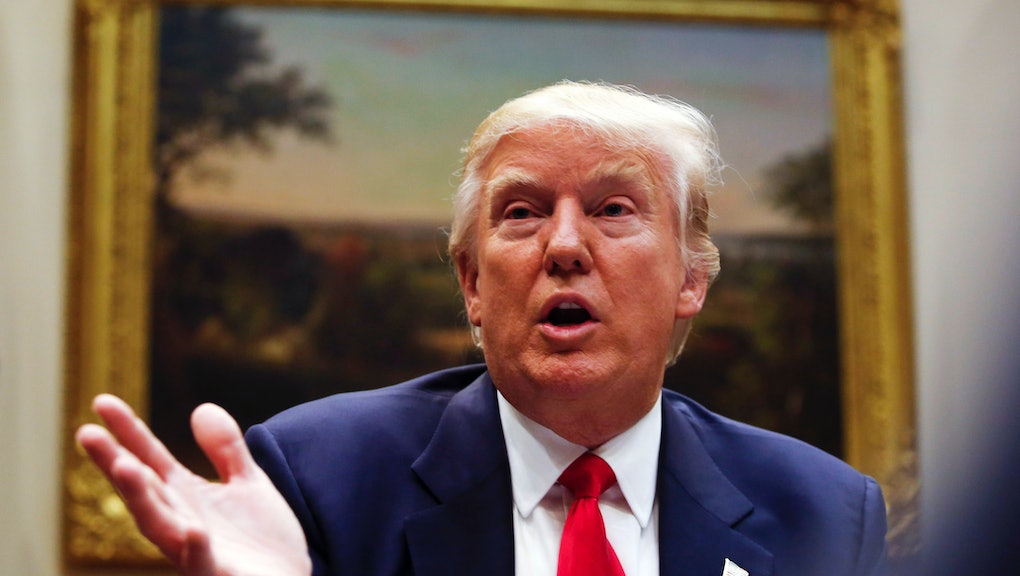 President Donald Trump, one of the nation's foremost practitioners in the field of taking credit for things, thinks the mix-up over best picture at the Oscars on Sunday was his own doing.

In an exclusive interview with Breitbart, the far-right site whose gushing coverage of Trump has sometimes earned it the sobriquet of "Trump's Personal Pravda" and former chief Stephen Bannon now works in the White House, Trump posited Hollywood was paying too much attention to criticizing him and not on planning the event.

The result, in his telling, was a confused Warren Beatty and Faye Dunaway announcing La La Land had won when in fact rival contender Moonlight won the Academy Award.

"I think they were focused so hard on politics that they didn't get the act together at the end," Trump told Breitbart. "It was a little sad. It took away from the glamour of the Oscars. It didn't feel like a very glamorous evening. I've been to the Oscars. There was something very special missing, and then to end that way was sad."

It's certainly a theory.

In another recent example of Trump taking credit for something probably not impacted all that much by him, on Saturday, Trump misleadingly tweeted he was responsible for a short-term reduction in the national debt, despite the fact he has not signed into law any fiscal legislation.