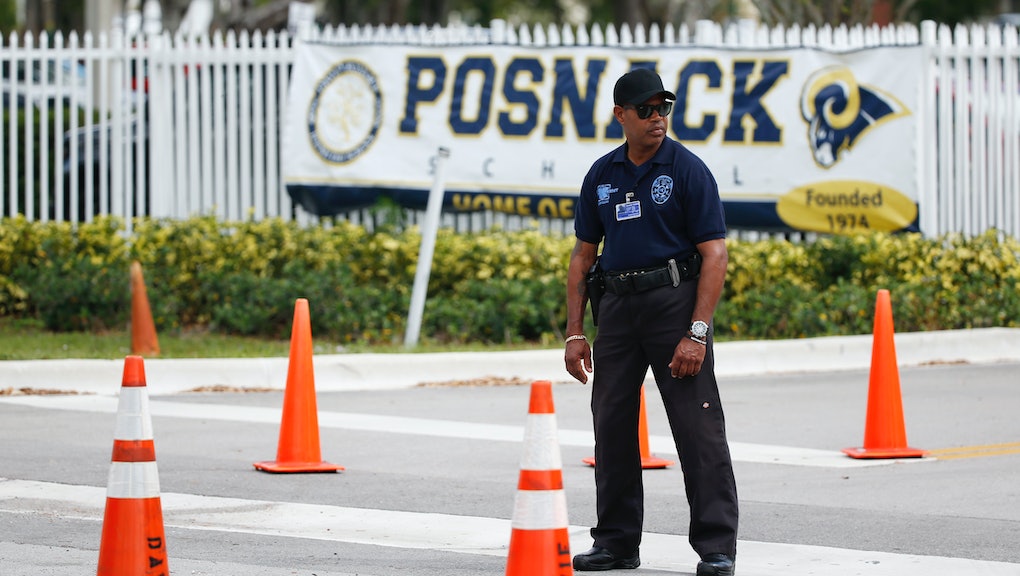 A bomb threat at the Anti-Defamation League's offices in San Francisco forced the evacuation of 720 Market St., KTVU's Jana Katsuyama tweeted Monday evening, part of yet another wave of anti-Semitic bomb threats across the nation.

News of the threat comes just a day after the ADL Center on Extremism's director Oren Segal told the Jerusalem Post anti-Semitism in the United States is rising in the era of President Donald Trump.

According to Katsuyama, she was at the ADL to discuss other bomb threats when the threat was phoned in.

According to KGO's Katie Utehs, the ADL reported more than 20 threats throughout Monday.

"Regardless of what final numbers of anti-Semitic incidents will be, we're definitely seeing an uptick in reporting — and that's actually why it takes longer to go through this data and verify everything," Segal told the Post. "It was happening before Election Day, but definitely since Election Day, we've seen an uptick ... We've never seen anything like this before."

At least four previous waves of bomb threats have hit synagogues, Jewish community centers and other Jewish organizations in recent weeks, while Jewish cemeteries in Philadelphia and St. Louis have been vandalized.

According to the Post, the ADL was looking into at least 70 bomb threats, 19,253 anti-Semitic tweets from around 1,600 accounts, and 90 incidents of white supremacist fliers on college campuses in recent months.

Trump, who struck a hostile tone on race and minority relations during the campaign, has come under fire for appointing former Breitbart chief executive Stephen Bannon, an accused anti-Semite, as his chief strategist. Trump also failed to mention Jewish victims of the Holocaust in a statement on Holocaust Remembrance Day, and some of his other staffers have troubling associations.

While Trump has condemned anti-Semitism, his rise in politics has energized far-right white nationalist activists. In his inaugural speech, Trump hammered home the theme of "America First" — the rallying cry of World War II-era nativists whose ranks included a number of prominent anti-Semites like Charles Lindbergh.