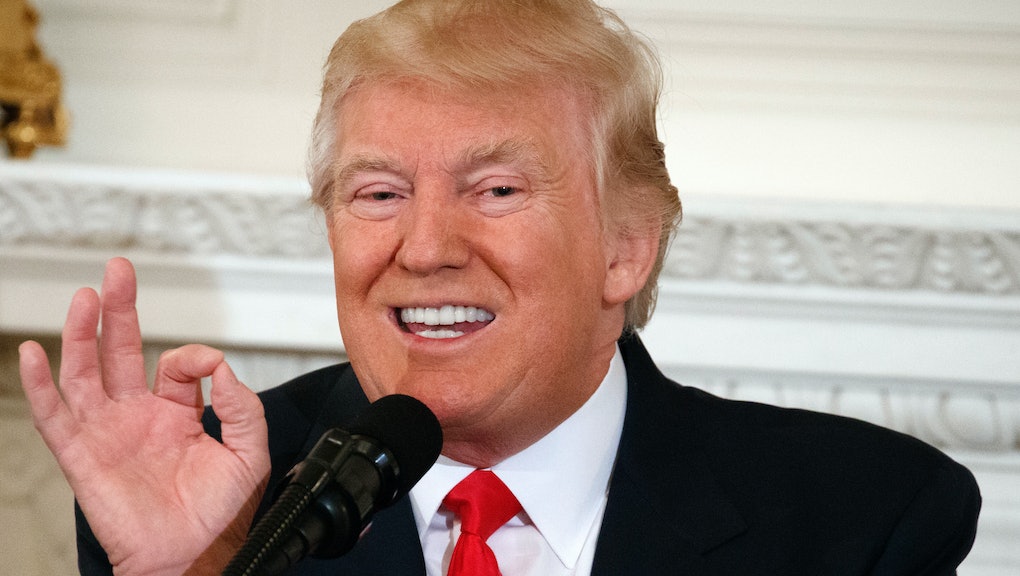 What time will Trump speak tonight? Your guide to the Tuesday congressional address

President Donald Trump is expected to give a speech to a joint session of Congress Tuesday night at around 9 p.m. Eastern. While the speech isn't technically a State of the Union address, its intent and style appear to be very similar to that of a State of the Union: The speech, noted CNN, is Trump's attempt to sell Congress on his plans and show off his accomplishments, despite having a tumultuous first month in office.

In a press briefing on Feb. 22, press secretary Sean Spicer said the speech is intended to "remind the American people what [Trump's] done already" and that Trump plans to "lay out his vision." The briefing also provided a long list to reporters on some of the topics Trump would touch upon, including healthcare and education. Spicer noted that the speech is "still a work in progress" and the goal is to bolster support for Trump's upcoming plans and stabilize Trump's image with Congress and the country.

Tuesday morning, the president stated that he and his team have struggled with messaging, telling Fox and Friends, "In terms of messaging, I would give myself a C or C-plus. ... I don't think we've explained it well enough to the American public."

After what the New York Times called an "uneven" first month in office, the speech is an opportunity to reassure disheartened Republicans fleeing from angry town halls and to soften skeptical opponents demanding investigations into Trump's ties to Russia. With his approval ratings still the lowest of any president at this point, Trump is up for a tough fight.

Donald Trump's speech to the joint session of Congress can be streamed online through PBS and USA Today, and the White House is offering a livestream of the speech through their YouTube channel. Satirical news site the Onion is also planning to livestream the speech, but with a twist: The site will "roast" Trump's speech live on Fusion.