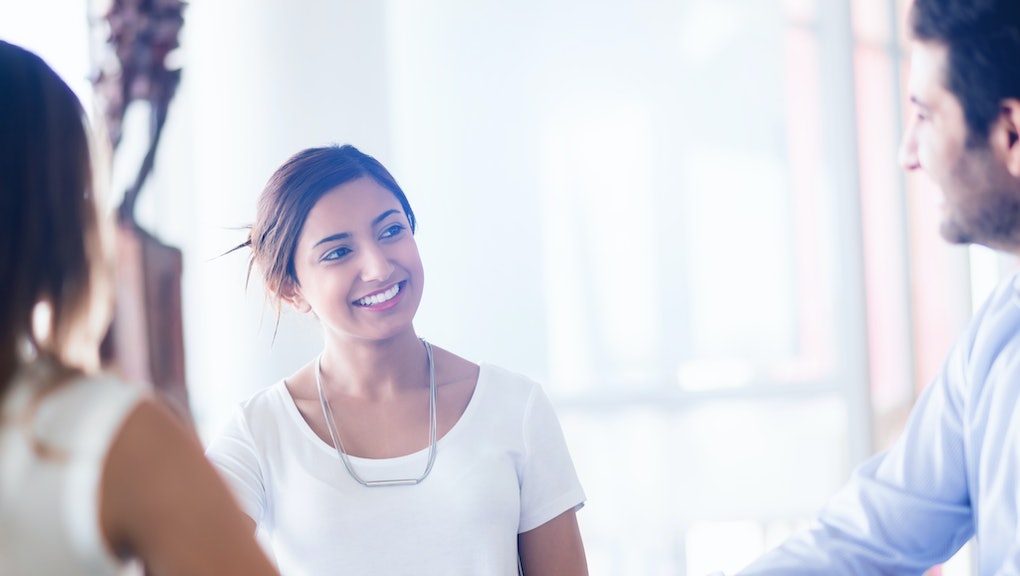 Imagine empty hospital halls — or millions of children sitting in unsupervised classrooms. That's what the world might look like if women across the globe went on strike this International Women's Day: Teachers and registered nurses are both professions overwhelmingly dominated by women.

But, of course, the vacuum would be felt beyond hospitals and schools. Women provide billions of dollars worth of work worldwide every day, and their productivity-adding labor is not always paid. Even those women simply cooking dinner for their families add to the global economy.

"If women stopped working for a day, the world would stop," economist Jayati Ghosh, a professor at New Delhi's Jawaharlal Nehru University, said in a phone interview.

While that's nowhere near half of all global income, women add economic value in other ways, too. Indeed, if you also add in the $27 billion daily global economic output from women in the "informal" sector — think: laundry, cooking, child care and food shopping — the grand total rises to a hefty $77 billion per day. Unpaid work may be overlooked and undervalued, but equals trillions of dollars a year.

"Using conservative assumptions, we estimate that unpaid work being undertaken by women today amounts to as much as $10 trillion of output per year, roughly equivalent to 13% of global GDP," McKinsey Global Institute found in a 2015 report based on World Bank global GDP data.

"Valuing unpaid work is crucial because we are not even aware of the extent to which it subsidizes the economy," Ghosh said. "Because we ignore women's unpaid work, we therefore undervalue other things women do."

She added: "Activities like providing geriatric and child care are actually highly skilled ... [but] when women do go back into the workforce, the labor market thinks they're not worth much."

The paid and unpaid daily total productivity for women — that $77 billion a day — is a staggering amount. That's enough money to make college in the United States free for a year, according to Sen. Bernie Sanders' estimate. It's enough cash to end hunger for everyone living in rural parts of the world for one year.

In fact, the number "$77 billion" is significant for another reason: The entire world loses out on trillions of dollars a year due to gender pay inequality, and if women were paid equally to men at work, that could — in turn — add nearly $77 billion to economic growth per day by 2025, according to MGI.

Currently, gender inequality — through both pay disparities and suppressed productivity — literally costs the world by creating inefficiency and diminishing the amount of money women are able to spend as consumers or add back to the global economy as investors.

Women tend to work longer hours than men across sectors (including unpaid work) and countries, the United Nations notes, which can create a waste of resources: "If religious tradition or social convention suppress the productivity of half its labor force — preventing women from freely socializing, for example, or restricting their mobility — their skills and intellects are not being fully utilized," Linda Scott of Saïd Business School, University of Oxford, told the Washington Post. "It follows then, that the country they live in will not be maximizing its economic potential."

In short, gender inequality is not only socially impoverishing; we pay a literal price, too — and a high one at that.