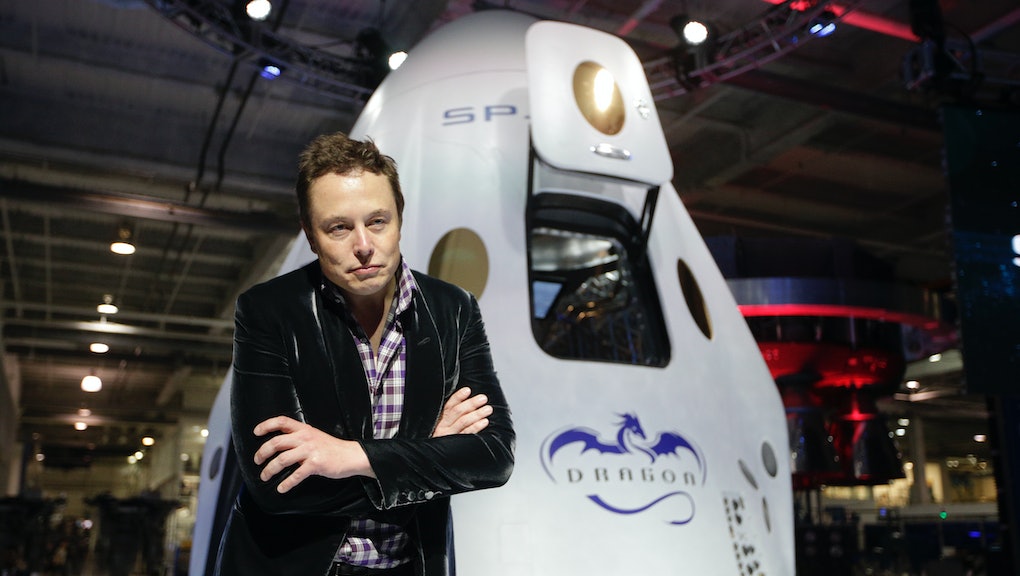 Billionaire entrepreneur Elon Musk announced Monday that SpaceX is planning to send two private citizens to the moon in 2018.

The two citizens, who have paid a "significant deposit" to participate in the moon mission, will begin training later this year, pending health and fitness tests, according to a statement from SpaceX.

"Like the Apollo astronauts before them, these individuals will travel into space carrying the hopes and dreams of all humankind, driven by the universal human spirit of exploration," the company said in their statement.

The identities of the two space tourists have yet to be released.

According to the statement, the mission will fly the two citizens around the moon in a SpaceX Dragon spacecraft in 2018. The mission will take about a week and the craft will not land on the surface of the moon, according to NPR. Few other specifics on the ambitious mission were provided, but the company said the mission would be a milestone in its "ultimate goal of transporting humans to Mars."

The moon mission will follow two demonstration missions: SpaceX will send its Crew Dragon to the International Space Station by the end of 2017 in automatic mode and have a crew fly the same craft there in the second quarter of 2018.

Musk, CEO of Tesla and SpaceX, thanked NASA for its role in making the proposed mission possible.

The mission would be a major landmark in space tourism, but it will be challenging to pull off. As the Los Angeles Times reports, the rocket that would make the whole mission possible has not yet been flown, and Musk has not publicly stated the anticipated cost of the private moon trip.

"It's not easy," John Logsdon, professor emeritus at George Washington University's Space Policy Institute, told the Los Angeles Times. "Remember, Elon last September said he was sending people to Mars in 2025. Compared to that, this is a slam dunk. But only compared to that."