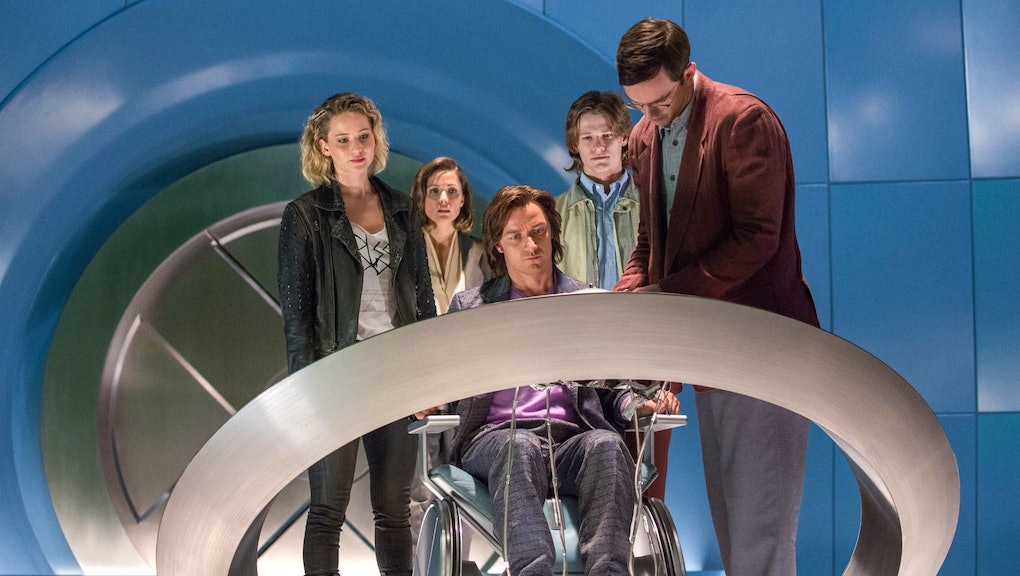 It all started back in 2000 with the very first X-Men movie. At the time, Hollywood was on the cusp of the superhero resurgence and the flick helped kick it off. After the success of the first X-Men movie, the studio delivered several sequels, a few Wolverine spin-offs and a handful of prequels.

On the heels of Hugh Jackman's final Wolverine movie, Logan — set for release on Friday, March 3 — we've ranked all the X-Men movies from the best to the absolute worst. We've even included the first two standalone Wolverine movies. Although, if it were up to us, we'd like to pretend X-Men Origins: Wolverine never happened.

The best X-Men film happens to also be one of the best superhero movies ever.

For the most part, X2: X-Men United is one of the last entries in the genre to not have a larger-than-life villain that threatens to destroy the entire world. The antagonist is not a robot or monster from another universe, but instead someone from Wolverine's past that changed him forever. By keeping the story grounded, we actually get some character development amidst all the chaos.

Building off of the success of X-Men: First Class, X-Men: Days of Future Past is the second best film in the franchise.

Wolverine is sent to the past by the X-Men to try and prevent a life-changing event that ends up dooming the entire world. The film combines the characters of the original X-Men trilogy and their younger selves from X-Men: First Class for a time-bending trip.

For such a complex plot that could have easily been a disaster, Singer does a pitch perfect job with it. While it handles both worlds perfectly, it's also a surprising amount of fun. It could have easily been too grim and bloated, but it's one of the more entertaining entries thanks to the addition of Quicksilver, who has one of the best scenes in the entire franchise.

X-Men: First Class is the prequel and reboot that the franchise needed. While the superhero world is filled with legendary characters like the Avengers, there has always been something old school about the X-Men universe. Matthew Vaughn directs a thrilling film that feels more like an old Bond movie than a superhero film.

As the first prequel of the franchise, the film takes us back to the beginning. Set during the Cold War, we see how Professor X and Magneto became the most infamous frenemies.

Where the film excels is the all-star cast. James McAvoy and Michael Fassbender are brilliant together as Professor X and Magneto. The genre isn't especially known for its actor performances, but the two shine. It makes for a more memorable entry than expected and sets the tone for where the franchise would go next.

X-Men is a very by-the-book superhero entry. Of all the films, it's the most forgettable. It introduces all the characters you know and love faithfully and it's a harmless and entertaining effort.

We're introduced to Professor Xavier and his school for mutants. He is attempting to keep them safe and have the world accept them, but his old foe Magneto has other plans. It's a solid first entry carried by the cast.

While The Wolverine is nothing to rave about, it is a major improvement over the first Wolverine movie.

James Mangold and Hugh Jackman come together to make a better standalone film for the most famous X-Men. In the sequel, Wolverine makes his way to Japan after he is summoned by an old friend. While there, he fights ninjas and confronts his past. It's a more polished solo outing for Jackman. Working together on this film, Mangold set the path for Jackman's final outing as Wolverine for Logan.

For many, Brett Ratner's sequel to Singer's second film is an absolute disaster. It's one of the worst superhero sequels ever, but it's also really entertaining to watch.

A cure is found to treat mutants and the lines are drawn between all the X-Men and Magneto's mutant team, the Brotherhood. Some of the mutants are interested in the cure, while others detest it. There is a war coming between humans and mutants and everyone must pick a side.

The plot makes for a great movie, but Ratner doesn't do it justice. It becomes a silly and lifeless comic book movie, but the final battle is somewhat enjoyable.

Following the blockbuster success of X-Men: Days of Future Past, the gang returned for a poorly constructed sequel.

In X-Men: Apocalypse, we're introduced to the very first mutant ever: Apocalypse. He's back and has gained all the other mutants powers, making him invincible. It's a daunting task, but all the X-Men band together to defeat him and save the world.

There is just too much going on in here to be even remotely enjoyable. Big, bloated and overstuffed, this movie is the antithesis to everything X2: X-Men United does so well. Elements that worked in the film before it, like Evan Peters as Quicksilver, just aren't as fun here. It feels reductive and the cast looks just as bored as we were.

If you cast Oscar Isaac as your villain, only to have him hide behind awful makeup, we can't forgive you.

Undoubtedly the worst film of the bunch, X-Men Origins: Wolverine is a travesty for everyone involved.

Gavin Hood is lost as a director and the all-star cast — Jackman, of course, alongside Ryan Reynolds as Deadpool and Liev Schreiber as Sabertooth —  is poorly handled.

There is a plot to the film, but you wouldn't know it from how messy the script is. We get a look at Wolverine's early years and his time with the government squad Team X. We see how it impacts him later on in his life and it all leads to a disastrous finale between him and Deadpool. It's the worst X-Men film in the franchise and we want to forgive it and forget it.