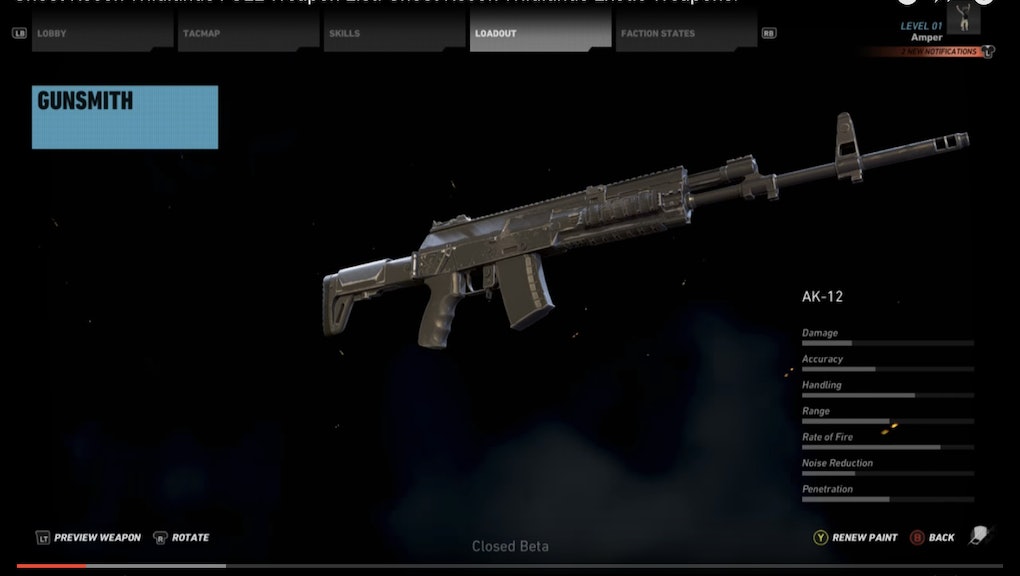 'Ghost Recon: Wildlands' Weapon List: All the available guns and how to unlock them

There's only a few days left until Ghost Recon: Wildlands releases on March 7, but we already know a lot about the game. As anyone who played the open beta will tell you, there are a lot of guns in this game — it is a Tom Clancy game, after all. We've previously covered how to customize some of those guns using the in-game menu, but you can also find guns in caches all over the world.

Although this list is bound to change upon the game's official release, here's a comprehensive list of guns players found in the Ghost Recon: Wildlands beta.

According to Prima Games, you can find weapons across the game's depiction of Bolivia by locating scattered crates containing said guns, along with accessories and add-ons. You can find these through gaining intel, but if there's one weapon that continually eludes your grasp, TreydoGaming posted a YouTube video showing the locations of the weapons, at least in the open beta.

Ghost Recon Wildlands weapon list: All the guns in the upcoming shooter

Although the open beta has ended, Prima Games managed to compile a list of all the weapons it found. There are a total of seven different weapon types split into two categories: primary weapons and sidearms, with characters being able to carry one of each.

The first primary weapon category is assault rifles, the general workhorse of the modern shooter. They take up the bulk of primary weapons available in the beta.

The second category of primary weapons is submachine guns, for those who like to get up close and personal without sacrificing full auto.

The third category is light machine guns, which pack a wallop at the expense of being slightly more rare, proportionally speaking.

The second-to-last category of primary weapons is shotguns, of course. It wouldn't be a first-person shooter without shotguns, and these are the ones you can get in Ghost Recon: Wildlands.

The final category of primary weapons is sniper rifles, for those who'd prefer to take out their targets from afar.

Side arms are similarly split into two categories: compact machine guns and handguns. We'll take a look at the compact submachine guns first, since there's only three of them.

Last but not least are the handguns.

Those are all the weapons Prima Games found. If you'd like to see what some of these weapons look like in-game before the official release, check out AmperCamper's YouTube video below. The list might change before March 7, but hopefully it's more than enough to get you excited about the upcoming Tom Clancy release.