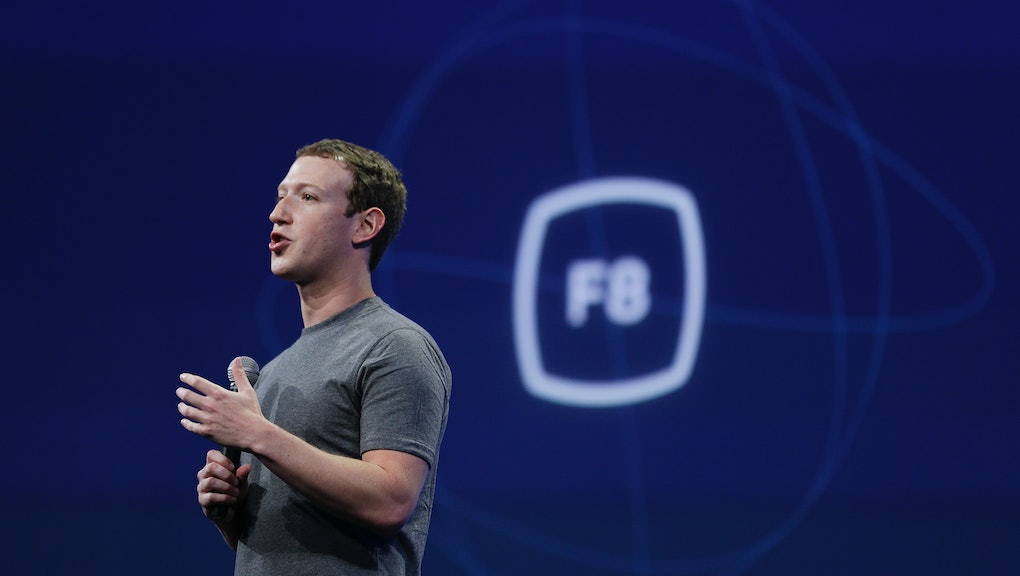 Facebook is now, statistically, the primary source of political news and information for millennials — that's everything from straight news to brash conversations, memes, events and manufactured viral nonsense from hoax pages.

All of which gives Facebook tremendous influence over the American people and their voting habits. Now, even as they downplay that power, Facebook plans to cash in on that influence.

The website where Facebook pitches its offerings to the clients that buy up user data for advertising includes a new kind of case study: the campaign to re-elect Pennsylvania Republican Pat Toomey to the United States Senate. Facebook shows off the way Toomey's campaign used Facebook to spread the "best content to influence voters," as New York Times writer John Herrman pointed out on Tuesday.

"This campaign used a made-for-Facebook, audience-specific content strategy to significantly shift voter intent and increase favorability for a U.S. Senate candidate from Pennsylvania, contributing to his re-election," Facebook says on its pitch site for selling ads.

The online social network is highlighting the Toomey campaign's ability to make ads that performed exceptionally well on Facebook even as it downplays the ability of the site to influence elections. In the days following the President Donald Trump's election, Facebook CEO Mark Zuckerberg responded to the potential influence of fake news on the election as "a pretty crazy idea."

Taking Facebook at its word means holding two contradictory beliefs at once: that the site can sway an election on behalf of paying customers, but doesn't exert influence when it comes to the spread of misinformation by independent profiteers.

Determining the site's material impact on voting is difficult, however, given Facebook's opacity — the algorithms governing Facebook's news feed are an industry secret, and aren't up for study or auditing by a third party.

Regardless of the true measure of Facebook's influence, many technology companies are cozying up to the politics of the moment and taking a hard turn to the right. Tech luminaries like Elon Musk and Peter Thiel have developed close relationships with the Trump administration, and, as of this past election cycle, the PACs representing Amazon, Microsoft, Facebook and Google now give more money to Republicans then Democrats.