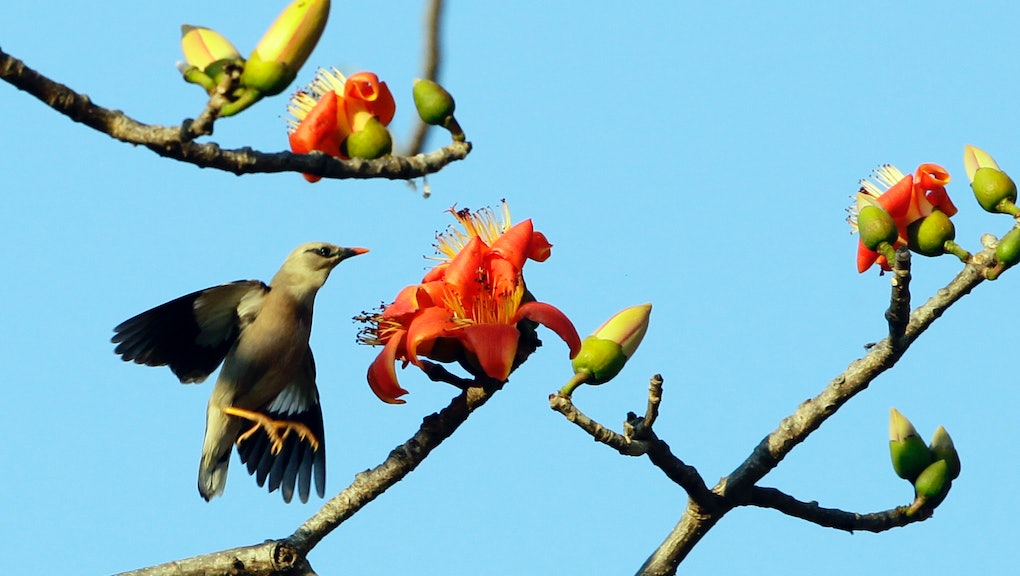 Living near nature and birds linked to lower rates of depression and anxiety, study finds

These new mental health findings aren't for the birds.

According to a recent study published in the journal Bioscience, people who live in areas with more birds and green plants are less likely to experience depression, stress and anxiety.

Researchers at the University of Exeter, the British Trust for Ornithology and the University of Queensland distributed an online urban lifestyle survey to close to 300 people of different ethnicities, household incomes and ages. They found that participants who experienced daily doses of nature — "vegetation cover" and "afternoon bird abundances," in particular — showed higher rates of well-being.

The study authors explained that the specific species of birds seen were probably inconsequential to their impact, because "most people cannot distinguish between species." True that. Instead, they suspect that catching sight of several bird species, or birds in abundance, may influence a person's mental health. So a flock of birds might have a stronger correlation to happiness than, say, one sassy parrot in a cage.

As previous research has explored, spending time outside is a well-established (and relatively low-cost) way to boost good feelings. Going for a short walk in the great outdoors or even just looking out the window or at photos of nature can reduce stress levels.

The lifestyle questionnaire revealed that participants who spent less time outside were more likely to have "worse depression and anxiety." The authors hypothesize that "people suffering from severe mental-health disorders may be less likely to venture outdoors."

These findings could be a win for improving mental health, but as the researchers point out, more trees, shrubs and birds are not a "silver bullet" for preventing or treating anxiety, stress or depression.

Adding more green to cities, the researchers wrote, "should be applied in conjunction with existing frameworks such as medical and social services, reducing crime and increasing community-driven action."

As for Twitter birds, it's no secret that social media use has been associated with poor mental health. One 2016 study revealed that the more time a young person spent in the digital dimension, the more likely they were to have depression. Other research has shown that social media often serves as an avenue for us to follow the lives of people of whom we feel envious, and get lost in a stream of all the things we don't have.

Every now and again, consider swapping that little blue birdie for the ones that can really fly. You may just find you're better for it.