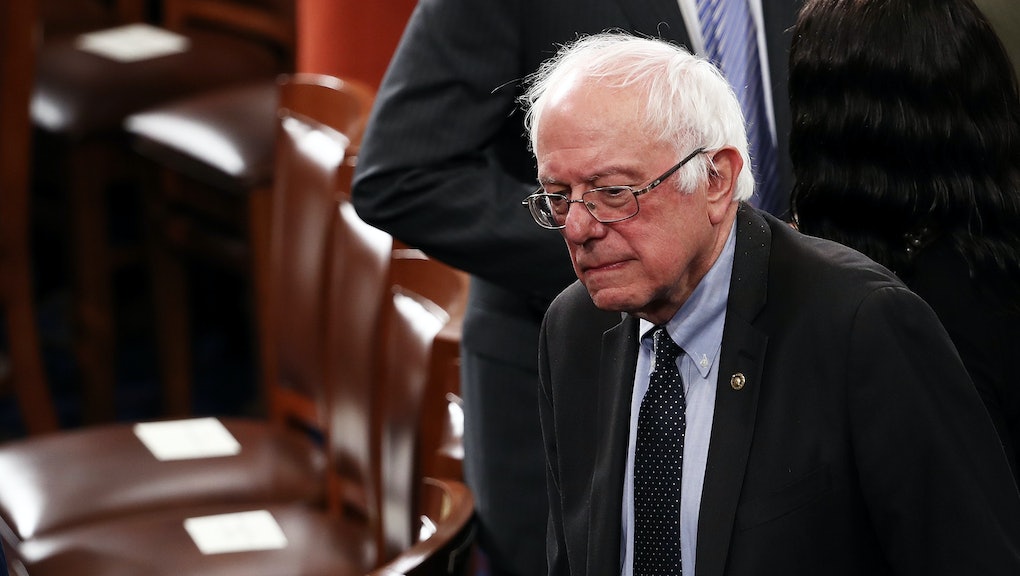 President Donald Trump delivered his first major address before Congress Tuesday night, and while many were impressed with his markedly restrained tone, there was one person who was not convinced: Vermont Sen. Bernie Sanders.

Trump pulled back from his usual brass style of insults and conspiracy theories but offered few specifics on policy plans — something Sen. Sanders was quick to point out during his Facebook Live response to the speech.

"Sometimes what is more important is what somebody does not say, as opposed to what they actually say," Sanders said of the glaring omissions from Trump's speech.

Sanders also took on Trump and Republicans plan to repeal the Affordable Care Act. Thanks to grassroots protests and town hall meetings, Sanders said, Republicans are "not so cocky anymore about simply repealing Obamacare."

Sanders urged Americans to continue to hold the Trump administration to task. "Those of you who attended rallies or town hall meetings, keep showing up," Sanders concluded his rebuttal. "Only together, when millions of people stand up and fight for economic justice, for social justice, for racial justice, for environmental justice ... only then can we create the political revolution that will turn this country around."