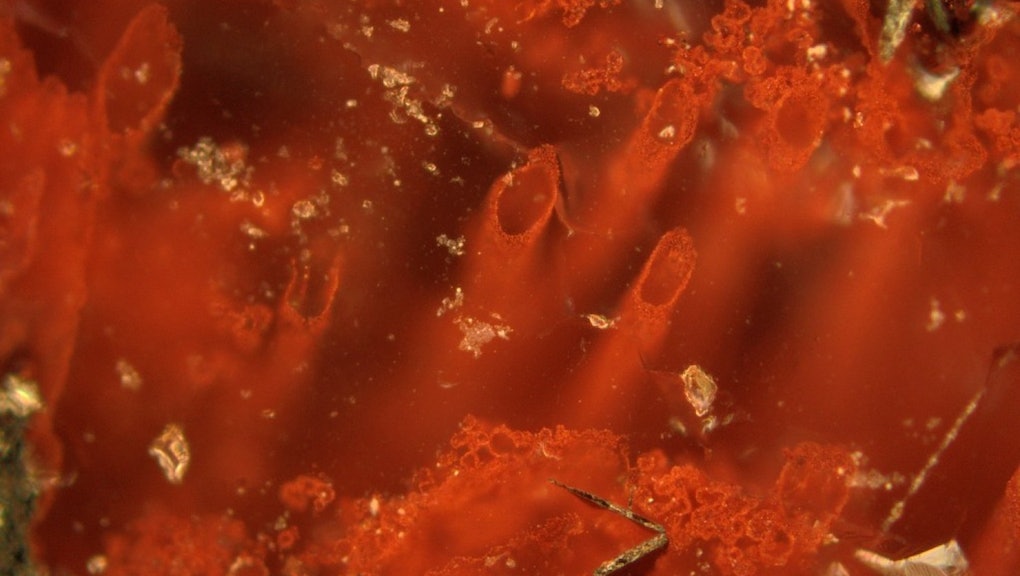 Scientists find 3.77-billion-year-old fossils that may be from Earth's earliest life forms

Scientists may have just discovered examples of some of the earliest life forms on Earth.

In an article published in the journal Nature, researchers from University College London and other institutions outlined their discovery of microfossils found in rocks from Canada's Nuvvuagittuq belt. The researchers' estimate that the microscopic fossils, which have a straw-like shape, are anywhere from 3.77 billion to 4.28 billion years old — making them the oldest fossils ever discovered.

As evidence that the discovery is, in fact, a sign of biological life, the scientists pointed to a number of different observations, including the presence of the isotope carbon-12, which is considered "an isotopic signature of life," in the rock's graphite, as well as minerals in the rocks that typically form as a result of organic matter.

"We can think of alternative explanations for each of these singular observations, but why all of these features occur together can really only be explained by one thing, which is a biological interpretation," Matthew Dodd, a biogeochemist at University College London and the study's lead author, told the Washington Post.

Many in the scientific community remain skeptical about the study's findings, the Post noted, including the fossil's reported age and whether or not the discovery is even a fossil at all. Skeptics say the claims "require extraordinary evidence" that the researchers have failed to provide, including an explanation and images of the setting in which the fossils were found.

"I don't think there is a smoking gun here that says this is clearly biological," David Emerson, a geomicrobiologist at the Bigelow Laboratory for Ocean Sciences, told the Guardian.

If the researchers' claims are proven to be true, however, this discovery will have massive implications, proving that life was present on Earth at least 300 million years earlier than previously thought. Previously, the oldest discovered microfossils were found to be 3.4 billion years old.

It would also show that life and biological evolution is an easier process to get started than scientists had believed.

"The process to kickstart life may not need a significant length of time or special chemistry, but could actually be a relatively simple process to get started," Dodd told the Post. "It has big implications for whether life is abundant or not in the universe."

The study's findings, if true, could lead to discoveries that this abundance of life is also present on Mars, which reportedly had a warm climate and oceans on its surface 3.7 billion years ago.

Even if no such signs of life are found on the red planet, Ross told the Post, the findings still unlock clues about our own existence, "[suggesting] that life is a result of some fluke or phenomenon on Earth."