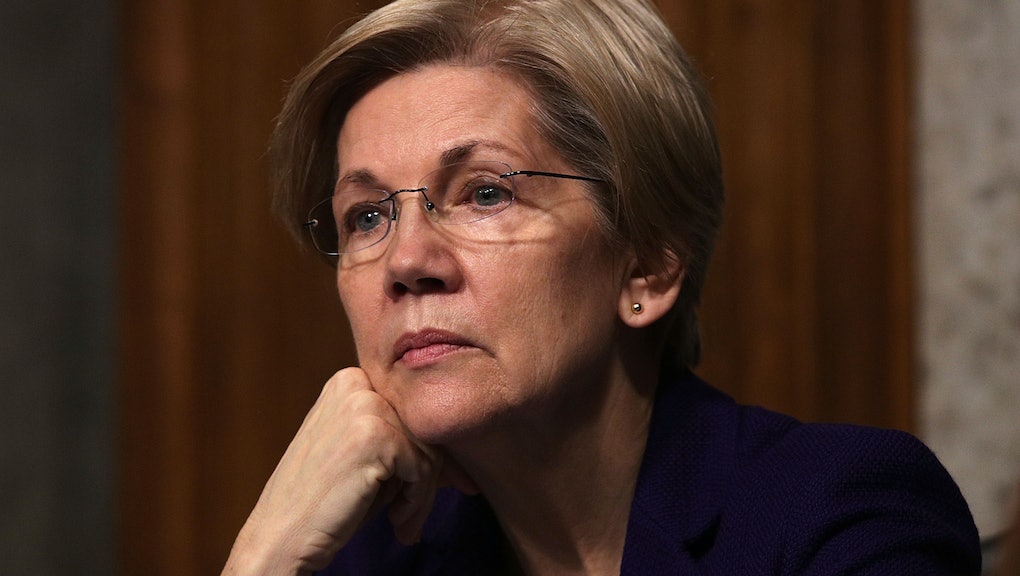 Sen. Elizabeth Warren is pulling no punches: The Massachusetts senator is calling for the resignation of Attorney General Jeff Sessions, after it was revealed he allegedly met with Russian Ambassador Sergey Kislyak twice — but said he had no contact with Russians when asked during his confirmation hearings. In addition, Warren is calling for an independent investigation into the White House's ties to Russia.

"This is not normal. This is not fake news. This is a very real and serious threat to the national security of the United States," Warren tweeted.

House Minority Leader Nancy Pelosi and other Democrats have also called on Sessions to resign.

Warren was one of the loudest voices against Sessions' confirmation as attorney general in February. Warren was silenced on the Senate floor after she attempted to read a letter Coretta Scott King, Martin Luther King Jr.'s wife, wrote in 1986 opposing Sessions' appointment to a federal judgeship.