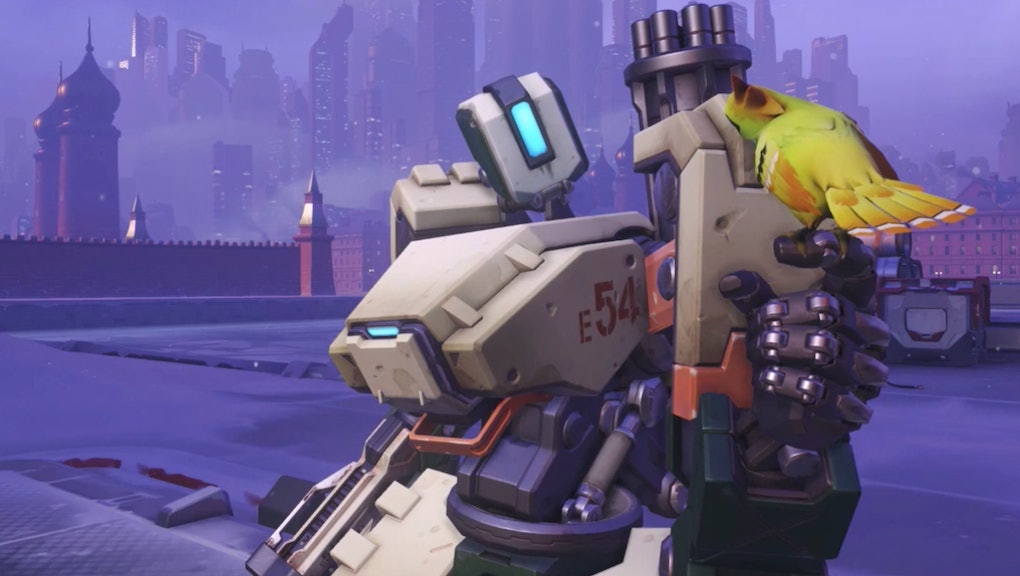 'Overwatch' Update: Buffed Bastion is unstoppable in season 4, according to the community

Update: Overwatch director Jeff Kaplan responded to the Bastion outcry on the forums, confirming that Bastion is too overpowered right now. Changes that should scale back his power will be on the public test realm later today. However, in his post, Kaplan was quick to caution the community against hyperbolic reactions to new buffs or nerfs. Read the full post here. The original story follows.

The latest big Overwatch patch (version 2.05, quickly followed by 2.06 for PS4) made Bastion — a hero who's always been thought of as a "troll pick" — an absolute powerhouse. And the online consensus is that maybe Blizzard took things a little too far.

The Overwatch community has a tendency to cry wolf when Blizzard tweaks any of its heroes (remember the outcry around D.Va and Roadhog?) — but this time around, it really does seem like there might be a problem. Several clips of this newly buffed Bastion are surfacing online, and it's enough to make any Overwatch player tremble in fear.

For example, here's a clip that was shared on /r/Overwatch by Berzuh in which you can see a Genji use his ultimate, focusing exclusively on a Bastion in sentry mode. It's not enough to eliminate him.

The reasons Bastion seems to survive in this instance are threefold: One, Bastion has a new passive ability that reduces the damage he takes in sentry form by a whopping 35%. Two, Bastion activates his newly revamped self-healing ability while Genji is frantically slashing him. Three, it looks as though Lúcio activates his amp it up ability, healing the Bastion even more.

Now, whether you think it's reasonable Bastion should be able to survive one of the most devastating ultimate abilities in the game is up for debate, but one thing's for sure: The pre-buff Bastion would have crumbled into a pile of nuts and bolts with just one or two hits. This buff made a huge impact on his survivability.

In fact, he's so tough now that lots of players are saying Bastion has become a staple of the new competitive season.

"Every game has become about either protecting Bastion or killing him," one Reddit user wrote. "This isn't fun."

Here's another clip shared on Reddit by /u/ARMOUREDZOMBIE, in which you can see a Bastion survive the entirety of Soldier: 76's ultimate ability:

Someone else likened the experience of playing "Bastion 2.0" to riding in the Buzz Lightyear-themed ride at Disneyworld, in which you ride in a car on rails and shoot at targets.

"I'm just in a moving car, shooting targets, getting points and no one can kill me," TheSneakySeal jabbed.

Bastion seems to have become such a staple of competitive play since the patch went up that someone playfully replaced the icon for competitive mode with an image of Bastion.

It's unclear whether this is just another case of the Overwatch community getting up in arms over a balance change that they'll soon learn to counter with more practice, or if Bastion 2.0 really is the unbeatable powerhouse he seems to be.

Either way, the community isn't happy about it right now.