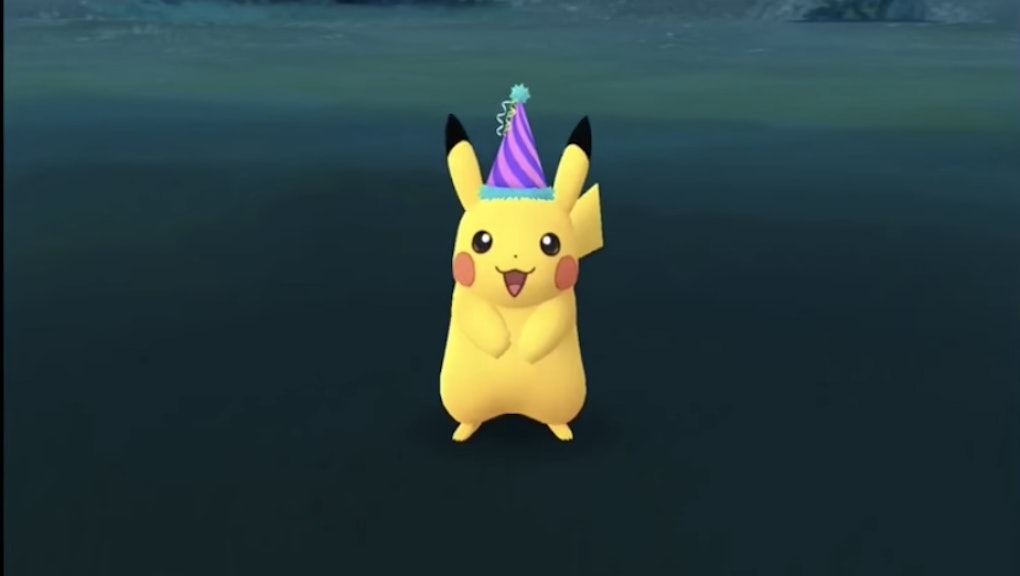 Pokémon Go's Pokémon Day event is in full swing, and players are already reporting finding birthday party hat Pikachu sightings all over the world. Unfortunately, there seems to be a little confusion in-game about when the party hat actually appears on Pikachu's little head, according to the Silph Road. It's an innocuous, yet frustrating and very strange glitch, and no one is quite sure what to make of it.

Festive Pikachu Pokémon Go: Why that hat might not show up in your journal

Reddit user reynoldsrhine posted an image on the Silph Road subreddit with the following caption: "At nest today. Pikachu only have hat in journal when caught."

It seems to confirm that unless you successfully catch a birthday party hat Pikachu, you won't have any proof that you saw it since it will just show up as a regular Pikachu in your journal. However, it's unclear if this is intentional or a bug in Pokémon Go.

Festive Pikachu Pokémon Go: Why this party hat glitch might be occurring

The thread includes several different theories about what this could mean. One user supposing that this was to avoid user disappointment, especially when using Pokémon Go Plus since it doesn't allow you to see what Pokémon you're attempting to catch until you check your journal later.

"Ok let's extrapolate a bit," wrote user ZoomBoingDing. "Substitute shiny Pokemon and now imagine you're using Go Plus. Your journal will say a non-shiny Pokemon ran away if you fail to catch it, but if you do catch it, it will be shiny. Saves you a lot of disappointment."

User hondadept had a different tack on the situation, however. "Could be unintentional that the hat disappears," they said.

"When you only got one guy doing programming you overlooked things," Johnn2015 surmised.

What really lends credence to the idea that this might just be an unintentional error on Niantic's part is a post later in the thread by Mikehaufen, who had the exact opposite situation from reynoldsrhine happen, complete with photo evidence.

"Don't know if plus changes things," they wrote. "I captured one this morning and it showed no hat on the journal."

Whether or not this is intentional on Niantic's part or simply the result of faulty code remains to be seen. But for players, it's a clear case of Schrödinger's Pikachu. Pikachu both does and does not have a party hat in your journal until you catch it and check your Pokémon tab, collapsing the two possible realities into one. It's not a super enviable position to be in, but the Pokémon Day event (and by extension party-hat Pikachu) lasts until 4 p.m. Eastern on March 6. So you've got plenty of time to check your math.