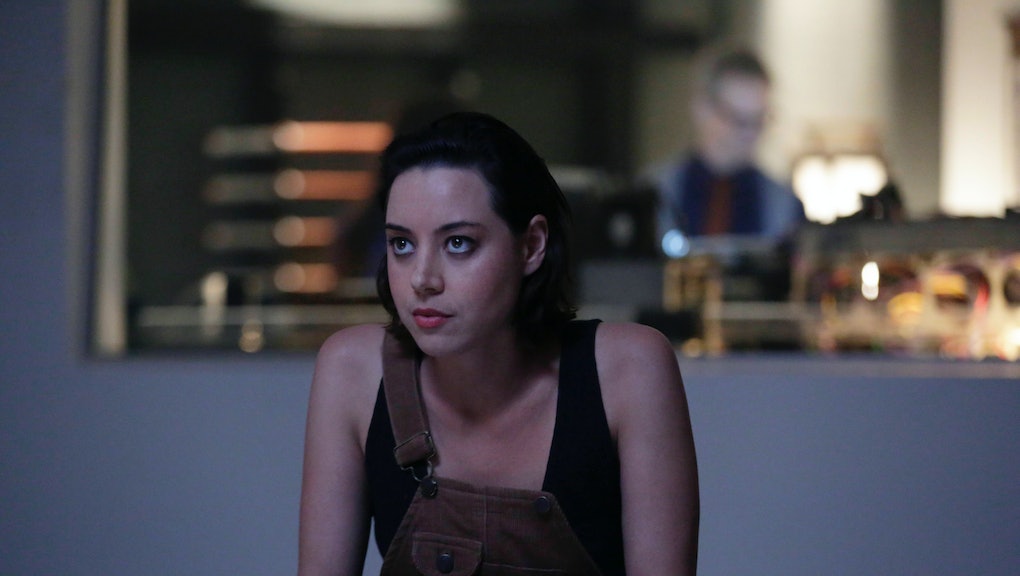 ‘Legion’ Episode 4 Theory: Are Lenny and the Devil With Yellow Eyes the same person?

While FX's Legion obviously shares a lot of its DNA with the X-Men universe — it's a comic book villain's origin story, after all — it's trippy visuals and general WTF-ery lends itself to comparisons with Mr. Robot. Both feature unreliable narrators at the center of the series, and for both protagonists, a sparring partner within their own heads. Just as Mr. Robot's Elliot Alderson deals with the anarchistic Mr. Robot, who takes the form of his dead father, Legion's David Haller grapples with his dead friend Lenny, played by a spellbinding Aubrey Plaza.

Really, the story of the actual Lenny in Legion is short, and tragic. After being introduced to Lenny in the series premiere, she's abruptly killed in gruesome fashion after David and Syd temporarily switch bodies and Syd fails to control his immense mutant powers. Or was Lenny never real to begin with?

In the fourth episode of the first season, we discover that David's memories — the ones Syd, Melanie and Ptonomy visited in the previous episode — aren't giving the full picture. David recalls getting high with Lenny (quite a lot!) to the disapproval of his ex. But when Syd and Ptonomy question his ex in the real world, she recalls David getting high with — wait for it — Benny. Benny's a dude.

However, there's not much time to even consider the Benny conundrum, because another unsettling Lenny reveal rears its head by the end of the episode. Lenny helps convince David to free himself from the astral plane his mind was stuck in — basically, to get back into the real world and save Syd from Division Three and The Eye. But as David returns to what we assume is reality, Lenny wraps her hand around David's shoulder. Except the hand is deformed, with talon-like nails. It appears that the Lenny that shows up in David's head could also be the Devil With Yellow Eyes, aka one of the scariest fucking things on television.

The Lenny reveal doesn't help confirm or deny any of the theories about what the devil is — be it one of David's personalities or a parasitic creature that feeds off of his mutant powers. But it's evident that Lenny is a manifestation in David's head that doesn't have his wellbeing in mind. The ultimate goal of Lenny appears to be setting David free; away from Division Three, but also from the folks at Summerland. Consider the previous episode when Lenny plants the idea in David's mind that Melanie shouldn't be trusted. "You think Melanie's on your side?" she tells him. "That bitch's secrets have secrets."

But what's going to happen to David — and by extension, the Devil With Yellow Eyes — if he's set free?

In a show that's equal parts compelling and utterly confusing, fans have plenty of questions as Legion enters the back half of its first season. Chief among them should be separating fact from fiction when it comes to Lenny, who may have been a real friend to David, a malicious, bulbous yellow demon — or something in between.

Mic has ongoing superhero coverage. You can follow our main superhero hub here.