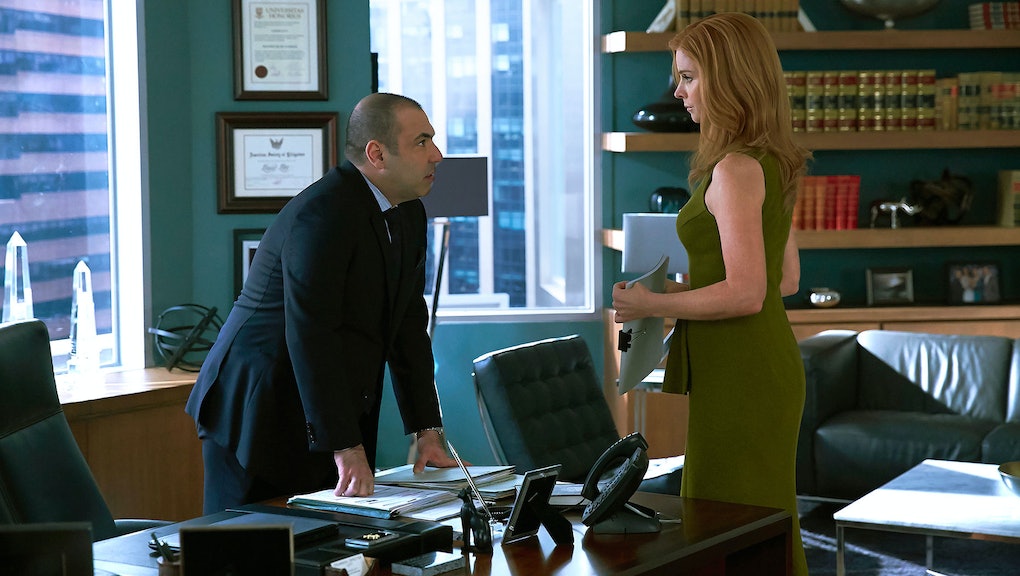 When will 'Suits' season 7 premiere?

The sixth season of Suits came to an end on Wednesday, but that doesn't mean we can't look forward to the seventh season.

A promo was released following the season finale on Wednesday for the upcoming season of the hit show, and it looks like we won't be waiting long for the show to return as the promo teases it's premiere this summer. The show was renewed for a seventh season last August and it looks like things are going to get even steamier.

In the season six finale titled "Character and Fitness," Mike was in desperate need of both Harvey and Rachel's assistance. He had to overcome a seemingly impossible task and could have risked his dream of becoming a lawyer. Fortunately, he made it into the bar, all thanks to Jessica. Meanwhile, Donna's new business venture was bought out but she still isn't satisfied. There was also Louis' attempt to fix things with Tara, but they ultimately split up.

Guess we'll have to wait until summer to see what happens next.