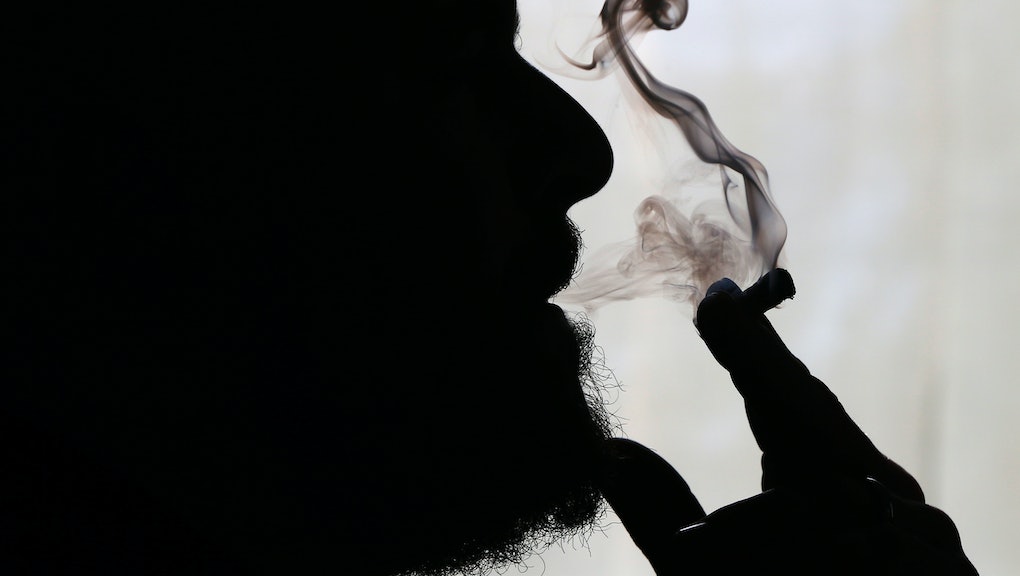 Marijuana and Erectile Dysfunction: The enduring myth of the "stoner boner," explained

What does the phrase "stoner boner" mean to you?

If you're one of the renowned lexicographers who defined the term for Urban Dictionary, a "stoner boner" would be "an erection obtained for no reason other than the fact that the obtainee was too damn high." The internet is awash with anecdotal reports of these marijuana-triggered erections — reliable as clockwork, according to some, and potentially embarrassing.

I've been smoking for about a year now on and off, usually only with friends on the weekends. However I have a problem, everytime I hit the blunt,bong or what ever it is I get a stiffy. I never thought much of it until this weekend when I wore shorts and there were a couple of girls with us. We were sitting on the couch and I hit the blunt, and as usual my dick made a tent in my shorts, everyone wanted to get up and go to bojangles but my dick was so hard I was afraid of standing up, I ended up pretending to fall asleep until my boner went away. So the question remains does anyone else get massive ragers after taking a toke?

Other smokers report much the same — that the link between marijuana and arousal is so strong as to be problematic. But the internet is equally rife with stories of weed-related erectile dysfunction, suggesting a dual meaning for "stoner boner": Either it's an automatic, insistent hard-on, or it's a frustratingly flaccid member. What could account for this contradiction?

"The short answer to the question, 'Does cannabis help or hinder erections?' is... it varies," Ashley Manta, a sex coach and educator who advocates for the mindful combination of cannabis and sex, wrote in an email. "Some people will experience enhanced arousal and harder erections and may even find that their ejaculation is delayed or completely elusive. For others it might impact their ability to have an erection at all."

Research is equally split on the matter. A 2011 animal study, for example, found that "cannabis may actually have peripheral antagonizing effects on erectile function by stimulating specific receptors in the cavernous tissue." In other words, weed could be a boner-killer. But the same paper noted that studies of this kind have been extremely limited, with many "conflicting" results. "While some did outline the beneficial effects of cannabis in enhancing erectile function, others did not," the authors wrote.

What we know for certain is that sexual function is partly influenced by the endocannabinoid system, a group of receptors throughout the human brain and nervous system that helps regulate everything from sleep to appetite to immune response. When we consume marijuana, cannabinoids like THC — the principal psychoactive ingredient — bind to and stimulate these receptors, acting like triggers. Because the endocannabinoid system in a larger sense maintains homeostasis, or a stable equilibrium in the body, marijuana shifts that overall balance, with wide-ranging physiological results.

In addition, THC has a particular binding affinity for CB1 receptors, one of two known cannabinoid receptors. CB1 receptors have been found in the paraventricular nucleus, a part of the brain's hypothalamus that controls penile erection. Cannabinoid receptors are likewise found in the smooth muscle of the penis itself. It stands to reason, then, even in the absence of further research, that marijuana may directly affect the mechanisms of male arousal.

Unfortunately, again, it's anyone's guess as to whether that effect will be positive or negative. As Manta pointed out: "Factors such as cannabinoid and terpene profiles in the cannabis product being used, how much is used, the individual's tolerance and their various life circumstances at any given moment can all impact the ability to attain or sustain an erection."

Apart from dose size or the circumstances of a sexual encounter, habitual long-term use of marijuana has been linked to erectile dysfunction, male infertility and difficulty achieving orgasm. Nevertheless, survey after survey confirms that cannabis is typically viewed as a performance enhancer, not a hindrance. While some of this can be written off as wishful thinking (cannabis changes our perception of time, so anyone who claims to last longer when high should be regarded skeptically), there's not much reason to doubt the overall consensus.

Perhaps we also ought to consider the sexual benefits of marijuana beyond just boners, including sensitivity to touch and a general sense of relaxation, both of which are paramount in enjoying physical intimacy. "I really encourage people to not focus so much on erections," Manta wrote. "Putting pressure on the person only makes it more challenging and there are so many factors that impact someone's ability to get or stay hard."

So whether you're standing at attention or struggling to get it up, it's never solely a matter of your marijuana intake. Yet it's hard to deny that the drug and your dong are mysteriously linked. For now, though, the "stoner boner" — whichever definition you subscribe to — remains elusive as a scientific concept.