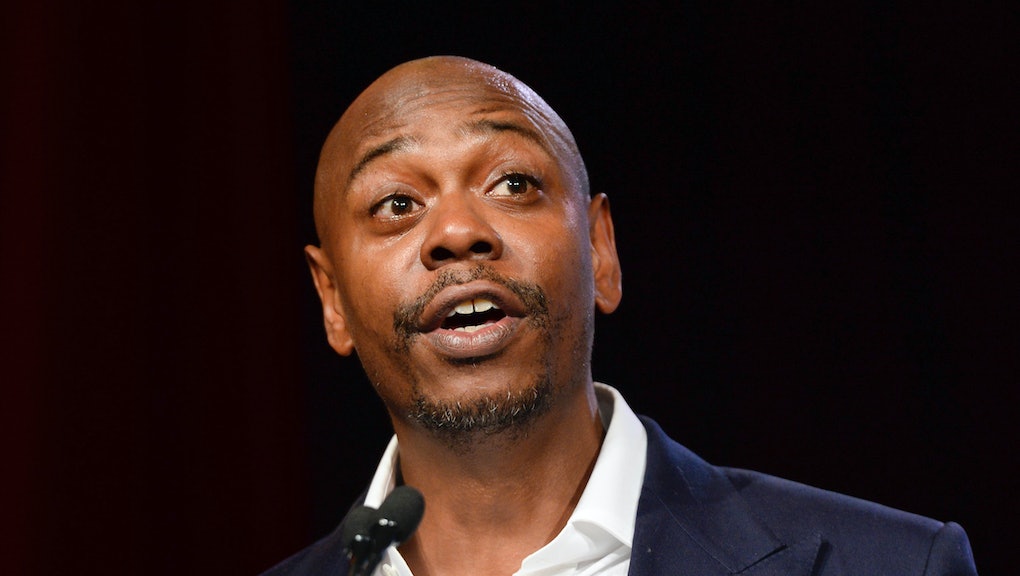 Dave Chappelle Netflix Trailer: When and where to watch the 2017 stand-up special

We haven't seen or heard much from Dave Chappelle since he hosted Saturday Night Live back in November, but you should expect to see a lot more of the comedian very soon.

Netflix has announced it's releasing two Chappelle specials on March 21, and to preview them, the streaming service has released a short teaser trailer. The specials will be available to stream on any platform that supports Netflix, including iOS and Android devices. Netflix originals usually premiere on the streaming service at 3 a.m. Pacific and 12 a.m. Eastern.

What else you should know

The trailer, which doesn't reveal too much, features a voiceover of Chappelle alluding to many of the topics he will no doubt cover in his special — including O.J. Simpson.

The trailer drop comes after it was announced in late 2016 that Chappelle would release three specials, two of them from his personal comedy vault. Whether this is only 2 of 3 to-be-released specials is still to be determined.

Netflix's vice president of original documentary and comedy Lisa Nishimura spoke to the Hollywood Reporter about collaborating with Chappelle.

"Dave Chappelle is a legendary voice in comedy — searing, vital and, now more than ever, essential. Dave's three new specials promise to be some of the most anticipated events in comedy, and we are honored he will mark his global return on Netflix."

Mic has ongoing coverage of everything Netflix-related. For more information, you can visit our Netflix hub here.