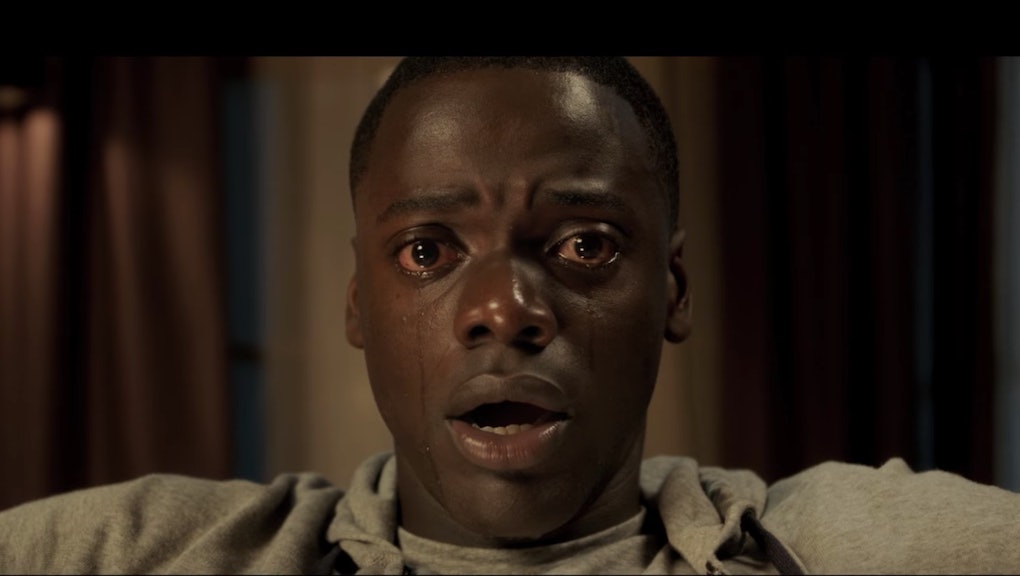 'Get Out' Easter Eggs: 5 hidden messages on race relations in the new horror film

Jordan Peele's Get Out is being hailed as a refreshing examination of American race relations, as the first-time director uses a rare lens — horror — to explore the serious topic. As BuzzFeed wrote, it's rare to see horror films in which black men are the ones who are scared. And unlike most thrillers, the obstacles faced by protagonist Chris, a 20-something African-American man, on screen are a reality for African-Americans offscreen, too.

Get Out begins with the traditional meet-the-parents scenario, which is always a bit nerve-wrecking. Chris is in an interracial relationship with his white girlfriend, Rose, and has reservations about taking the next step. She assures him her family is full of progressive and accepting white people who will treat him well. Chris acquiesces and travels with Rose from New York City to her folks' home in a quiet well-to-do suburban town with manicured lawns and tall trees. Little does he know he's being lured into a place where there's no return for black people.

Get Out — currently the no. 1 movie in America — is sprinkled with references and critiques of both the past and our present-day culture. There may have been some things you missed in the first viewing, though. Here are some of those Easter eggs explained.

Peele recently explained to HipHopDX that he used Childish Gambino's song "Redbone" in the opening scene to help set the tone for the film. Gambino sings "so stay woke" in the record, a particular lyric that influenced his decision to include it.

I love the 'stay woke'. That's what this movie is about. I wanted to make sure that this movie satisfied the black core movie audience need for characters to be smart and do things that intelligent, observant people would do. So I wanted to make sure ... that our lead Chris, played by Daniel Kaluuya, was a guy that we believed in and believed he would make the right decisions and believe that he is woke.

The deer's death is an omen

On the drive up to visit her parents, Rose hits a deer. She stops the car and Chris gets out to check on the animal, only to find that it's dead. The death of the deer serves as a harbinger for the dark and scary weekend to come. Later, after reaching their destination, the couple tells Rose's parents — Dean and Missy Armitage — about the incident. Dean shows a lack of empathy for the animal and alludes to the idea that they are "pests" humans should be rid of. In this moment, the deer functions as a metaphor for how Rose's father really sees Chris as a black person.

In an effort to make Chris feel comfortable, Rose's parents tell him they would have voted for Barack Obama for a third presidential term. Obama's presidency marked the beginning of a post-racial society to some, but in truth, no one individual has the power to end systemic racism. Moments like this in Get Out bring to light the idea that even the most progressive white person is not exempt from participating in and benefiting from racism.

The bingo game and slavery

In one scene, Chris is feeling a bit overwhelmed during a party at the Armitage home, so Rose takes him on a walk to clear his mind. While he's away, the mostly older white guests play a game of bingo — with Chris as the prize. This moment can be triggering, as it brings to mind American slave auctions in the Antebellum South, where black people were bought, sold and traded as property.

"A mind is a terrible thing to waste"

At one point in the film, Chris awakens after passing out and finds himself tied to a chair. A television plays footage in front of him. At one point a voice from the television repeats, "A mind is a terrible thing to waste."

This line references advertisements used by the United Negro College Fund for more than 40 years. The organization has provided scholarships to African-American students. Once again, this draws upon the initial message of the film — to use your mind and to "stay woke."