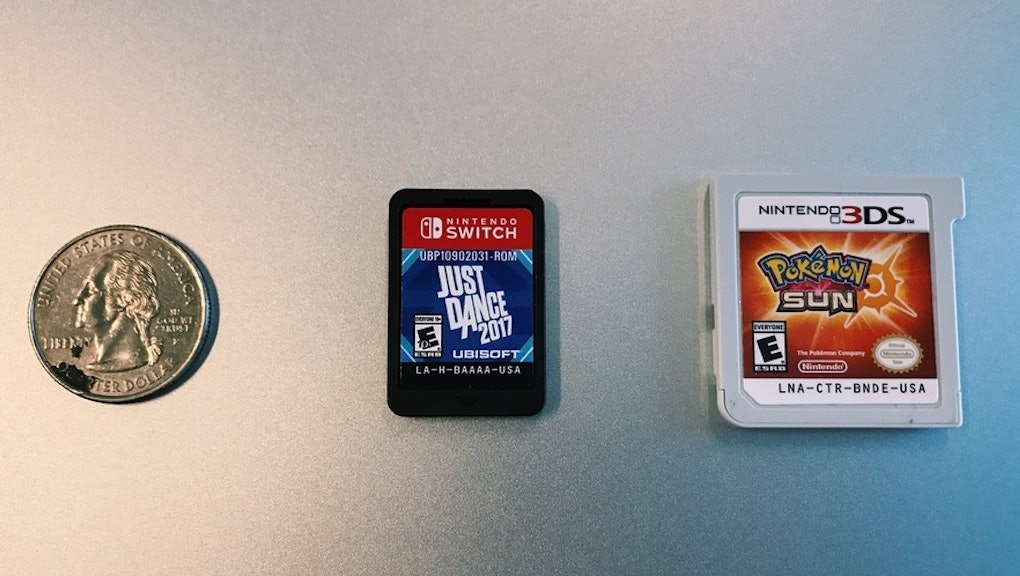 The Nintendo Switch has been critiqued in some understandable ways. The launch lineup is paltry, the console only outputs to a max of 1080p and the battery life could be better. But few expected the Nintendo Switch's new game cartridges to literally leave a bad taste in reviewers' mouths.

So what the heck is Denatonium Benzoate and why is it all over your new video games? Here's what you need to know about the surprisingly common chemical compound.

Nintendo Switch taste: What is Denatonium Benzoate and why is it on my game cartridges?

According to the official website for Bitrex — also known as Denatonium Benzoate — is used to add bitter taste to things that look tempting to swallow. So when children — or game reviewers — inevitably put the swallowable item in their mouth, they're instantly compelled to spit it out.

You can find the chemical compound included in things like rubbing alcohol and cosmetics to prevent ingestion. It's also used in products specifically meant to stop people from nail biting or thumb sucking. According to the folks who make it — and the Guinness Book of World Records — it's the "bitterest substance known to man, woman or child."

Nintendo Switch taste: We're sure this is non-toxic?

The Bitrex website claims that the mixture is completely harmless on its own. "It just tastes really, really horrible," the company adds.

But before you go ahead and lick that game cartridge maybe you should ask for a second opinion.

According to a report from the Maryland Poison Center, the harmfulness of Denatonium Benzoate is low. When measuring toxicity, the study found "a low toxicity profile." However, other reports found that Bitrex can actually cause eye irritation, skin irritation, lung toxicity and more depending on how much you intake.

Nintendo Switch taste: But why?

As shown in the tweet above, Mic tech editor Alexis Kleinman tasted the Nintendo Switch cartridge for the sake of journalism and confirmed that it tastes absolutely nasty. To ensure a fair test, she also tasted a copy of Pokémon Sun and Moon for the 3DS, describing the older game cartridge as plasticky but inoffensive.

Nintendo's official comment didn't explain why the company opted to add Bitrex to its game cartridges just now. It seems likely that the Switch games got a bitter coating because they're smaller than previous cartridges, and therefore easier to swallow by mistake.

When we asked if that was the reason, a Nintendo representative hinted that the answer was yes, but wouldn't give us direct confirmation. So you'll have to take our word for it, even if this entire situation is a little hard to swallow.