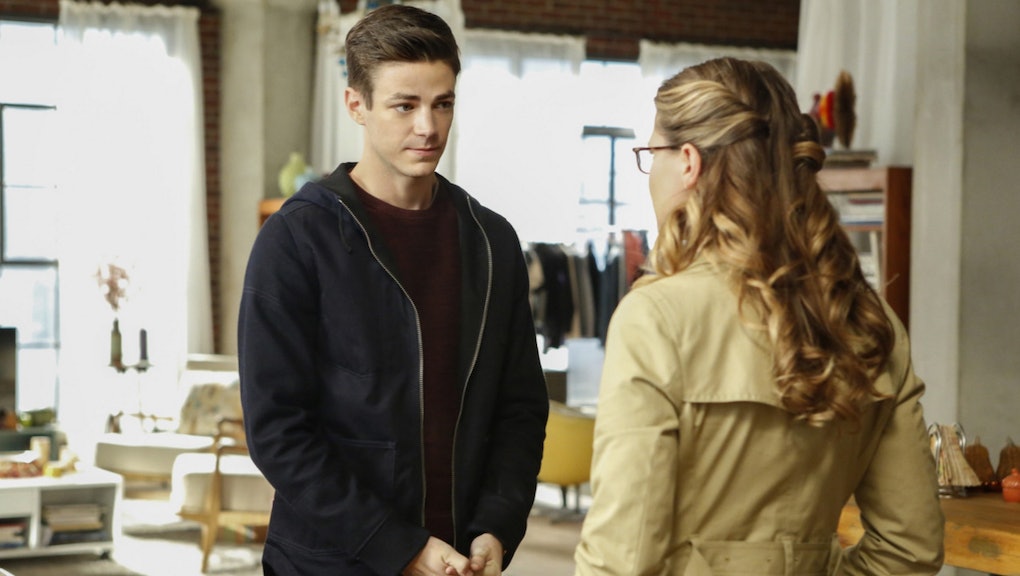 One of the many great things about the CW's DC television universe is the possibility for exciting crossovers. Ever since The Flash joined Arrow on the network, the two shows have had crossover episodes each year — some more exciting than others. Last season added Legends of Tomorrow into the fold, and with Supergirl's move to the CW for its sophomore season, this year brought us the massive four-show "Invasion!" crossover.

While the television season is nearing its conclusion, fans of the CW's DC universe still have one more crossover to look forward to — and it is unlike any we have seen before. Beginning with the March 20 episode of Supergirl, titled "Star-Crossed," and then concluding the next night on The Flash episode, titled "Duet," fans will be treated to a musical crossover. Glee's Darren Criss is set to guest star as the primary villain, the Music Meister.

Much like in the "Invasion!" crossover from earlier in the season, an episode of Supergirl will launch the event, but the action (or in this case singing) will primarily take place on The Flash. The CW has released the synopses for both episodes of the crossover, which we have for you below, via Comic Book Movie.

While the crossover will begin on Supergirl, Kara will primarily be dealing with a new villain played by Teri Hatcher, who is known to comic book fans as Lois Lane from Lois & Clark: The New Adventures of Superman. Check out the synopsis for "Star-Crossed" below.

The musical crossover will conclude on The Flash's "Duet," when Kara is brought to Earth-1 following a confrontation with the Music Meister. Check out the synopsis below.

Barry (Grant Gustin) and team are surprised when Mon-El (guest star Chris Wood) and Hank Henshaw (guest star David Harewood) arrive on their Earth carrying a comatose Supergirl (guest star Melissa Benoist) who was whammied by the Music Meister (guest star Darren Criss). Unable to wake her up, they turn to Team Flash to save her. However, the Music Meister surprises The Flash and puts him in a similar coma, one that Team Flash can't cure. Kara and Barry wake up without their powers in an alternate reality where life is like a musical and the only way to escape is by following the script, complete with singing and dancing, to the end.

If you are curious as to exactly which actors and actresses will be singing in the musical, do not worry, we have that information right here. The CW announced in the January that the following actors will be lending their vocal talents to the crossover: Grant Gustin, Melissa Benoist, Jesse L. Martin, Victor Garber, John Barrowman, Jeremy Jordan and Carlos Valdes. Gustin and Benoist both appeared on the musical series Glee, while Martin, Garber and Barrowman are all veterans of the Broadway stage.

Since Garber and Barrowman, who play Martin Stein and Malcolm Merlyn, respectively, are currently appearing on Legends of Tomorrow, it is likely that their appearance will be entirely in the alternate reality. What is clear is that there will be some tremendous singing talent in this musical crossover.

Fans of Fox's hit show Glee, may also want to tune in to see a reunion of sorts between Benoist, Gustin and guest star, Darren Criss, who all at one point appeared on the show.