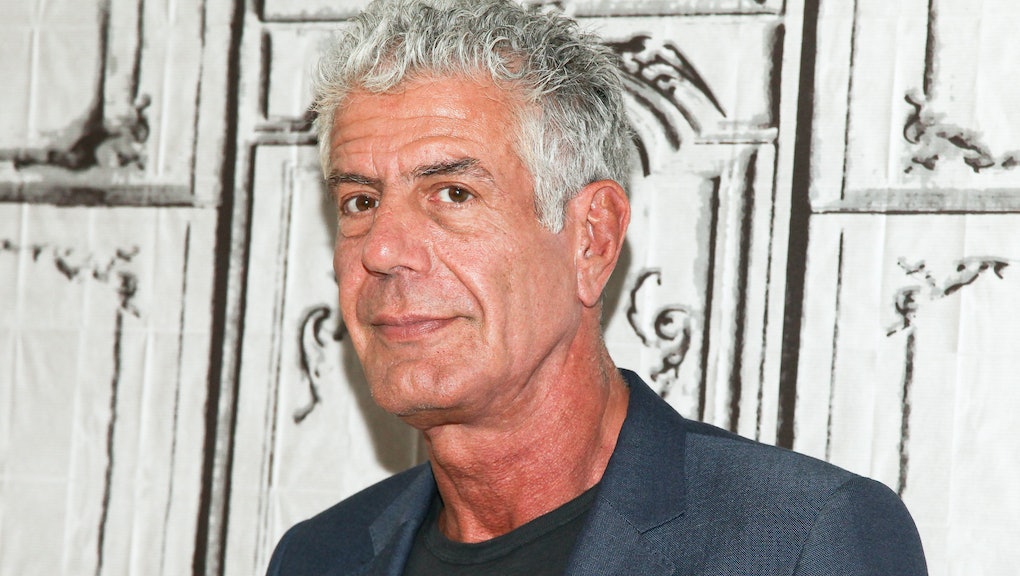 Rolling out the Jew-identifying parentheses invented by the alt-right to refer to the half-Jewish Bourdain, Duke retweeted an old clip of Parts Unknown featuring the T.V. host in conversation with fellow chef René Stessl in Cologne, Germany.

"Exterminating the White race is the only hope, according to (((Anthony Bourdain)))," Duke wrote in his reference to the clip.

But the clip — which sees Bourdain and Stessl discussing the widespread racism that exists in Europe, partly as a response to the tide of immigrants and refugees that have arrived there in recent years — obviously features nothing of the sort.

Stessl extolls the virtues of "a kind of utopia [where] the whole world will mix up with each other," where "there will be no white people and only cappuccino colored," as a means of combating nationalism. Bourdain agrees.

"It's gonna take some time, but it's really the only way, the sort of Singaporean model where everybody is so mixed up, you don't know who to hate because everybody is so hopelessly intertwined," he says in the clip.

In response to Duke's accusations that he advocated for "White Genocide," Bourdain clapped back, letting a little bit of mob tough talk fly as he went.

"Genocide? Extermination? I'm against!" Bourdain tweeted. "But I'd be happy to rearrange your knee or other extremities."