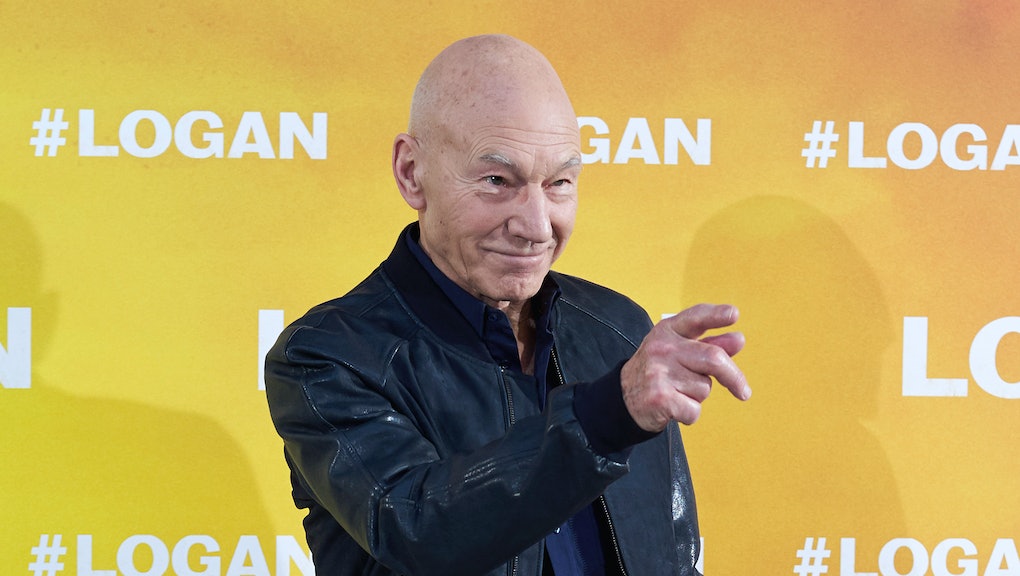 The resistance movement against President Donald Trump is getting a new member: Sir Patrick Stewart.

In an appearance on The View to promote his new movie, Logan, Stewart announced that Trump's presidency has inspired him to finally apply for U.S. citizenship.

"I'm not a [U.S.] citizen," Stewart said on The View. "However, there is, maybe it's the only good thing, as the result of this election: I am now applying for citizenship. Because I want to be an American too."

Stewart's citizenship announcement arose after he was asked about a recent tweet, in which he blamed a terrible night's sleep on his proximity to the White House.

The actor explained that he was in Washington, D.C. to meet with insider friends about what could be done about Trump. Their response: resist.

"All of my friends in Washington said, 'There is one thing you can do. Fight, fight, oppose, oppose,'" Stewart explained, "But I can't do it because I'm not a citizen."

Stewart didn't specify how his citizenship would aid him in fighting against Trump's presidency, which he can already do in various ways as a non-citizen. Becoming a U.S. citizen, however, would enable him to vote against Trump in the next presidential election.

Though Stewart may soon be able to take on the president as a legal U.S. citizen, the actor has a history of being involved in politics — and speaking out against Trump.

"Well, of course, we had no idea that dreadful Trump would be up to these antics that he is up to now, and I call them 'antics' because how could they possibly be taken seriously?" Stewart said in a May interview with Vice about the film Green Room, which centers on Neo-Nazis. "But I've been interested in and involved in politics all my life. My first act of political civil disobedience was in 1945 during the post-war election, so I am interested in parties and groups."