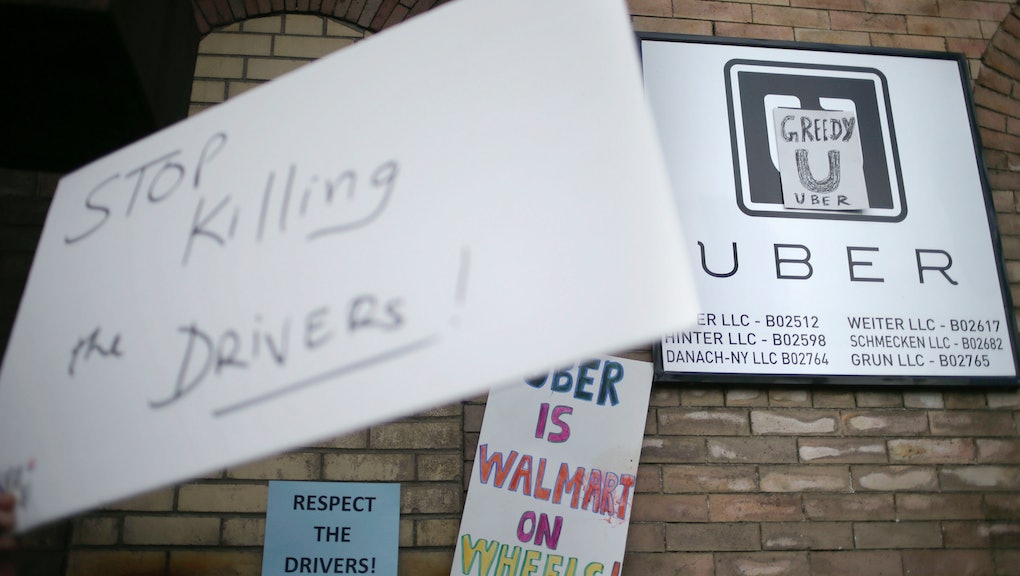 Uber's relationship to the government — city governments and otherwise — has always been, to put it lightly, colorful. And now, it's not just city officials Uber has been trying to evade. It's the police.

On Friday, a New York Times investigation revealed Uber has been using a process called "greyballing" — or using software to ban or manipulate users — against police officers and city officials trying to execute stings on Uber drivers. This program was used to foil police investigations in cities like Portland and Los Angeles — and in countries like South Korea, where Uber CEO Travis Kalanick is a wanted criminal.

In some cases, Uber monitored users who were activating their accounts near municipal buildings. In others, Uber went to electronics stores to find out which phones police officers had bought as burners and then tracked those phones.

When Mic reached out to Uber for comment, we received the same statement given to the New York Times:

"This program denies ride requests to users who are violating our terms of service — whether that's people aiming to physically harm drivers, competitors looking to disrupt our operations, or opponents who collude with officials on secret 'stings' meant to entrap drivers."

That's all fine and well, but "opponents who collude with officials" is a pretty unique way of describing the police.