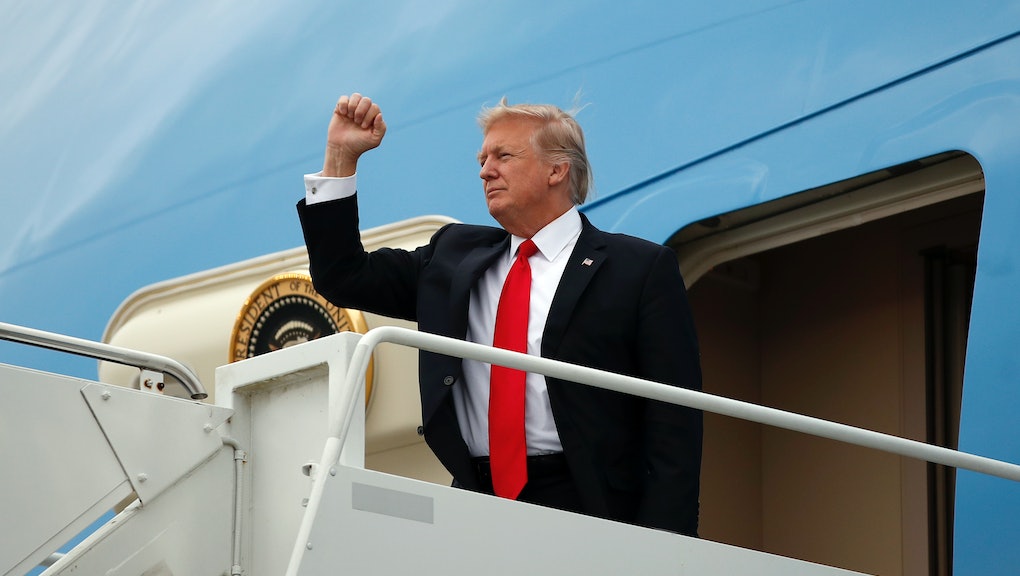 On Saturday morning, Trump sent out a series of tweets accusing former President Barack Obama of wiretapping phones inside the Trump Tower, where Trump lived as a private citizen before the election. Trump cited no evidence for his accusations.

Trump's tweet storm addressed the Russian ambassador scandal embroiling his administration, particularly Attorney General Jeff Sessions. According to reports in the Washington Post, Sessions met with Russian Ambassador Sergey Kislyak twice during the presidential campaign. One of the meetings took place during Russia's alleged interference in the U.S. election.

First, Trump tweeted that Sessions met the ambassador during a meeting set up by Obama along with 100 other ambassadors.

Trump then said he "just found out" that Obama wiretapped Trump Tower prior to the election. He then accused Obama of McCarthyism.

"Is it legal for a sitting president to be 'wiretapping' a race for president prior to an election?" Trump wrote. "A new low!"

"I'd bet a good lawyer could make a great case out of the fact that President Obama was tapping my phones in October, just prior to election!"

He then says this is a "Nixon/Watergate" level crime.

It is unclear what sparked Trump's tweets. The Hill reported that on Friday, Breitbart News (which was formally run by Trump's chief strategist Steve Bannon) reported on claims by a conservative radio host that Obama used "police state tactics" in a "silent coup" against the incoming Trump administration.

Trump has already lost his national security adviser, Michael Flynn, who resigned after it was discovered that he conversed with the Russian ambassador concerning sanctions Obama put on Russia for their alleged hacking of the election.

Trump is no stranger to lobbing unfounded grenades at Obama. Trump's origin story and ascendance to the presidency lies in his starting the Obama "birther" movement, which claimed Obama was not a citizen and wanted him to produce a long-form birth certificate.