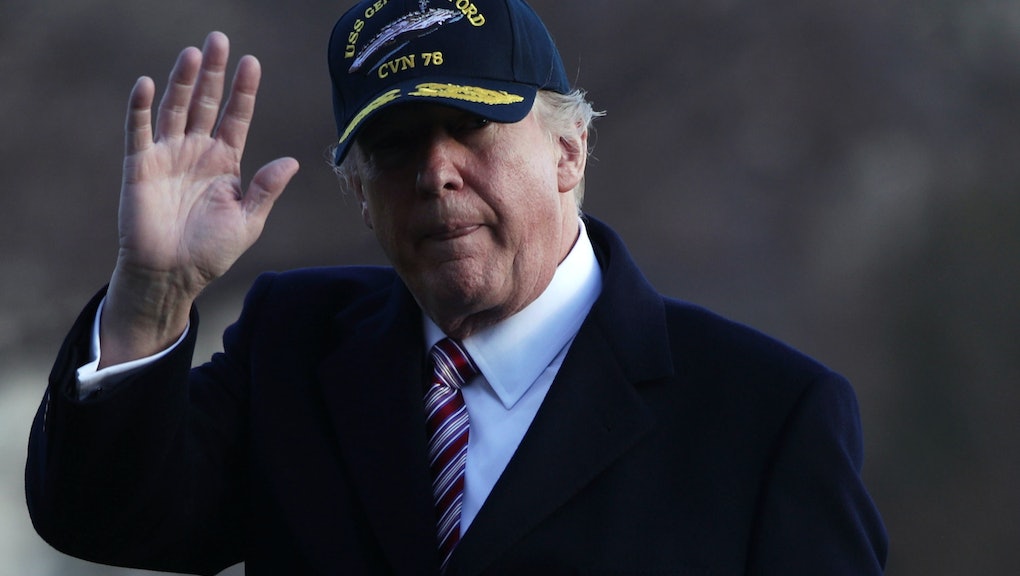 Trump's own team was totally blindsided by his Obama wiretapping theory

President Donald Trump's handlers, following in the tradition of campaign staff who tried to control the media Trump receives to dissuade him from voicing his discontent on Twitter, woke up Saturday morning to find themselves completely out of the loop on where the president heard Barack Obama wiretapped him, Politico reported.

Trump tweeted the explosive claims Saturday in response to stories the FBI was investigating ties between him and the Russian government. He did not provide any evidence to back the assertions up, and Obama has stringently denied he ordered the supposed wiretaps (or ones on any other U.S. citizen).

The tweets blindsided White House staff, who had no idea what the president was talking about, according to Politico.

"One White House official said he woke up Saturday morning to Trump's tweets and grimaced. It was unclear, this person said, where the president had gotten the idea, but that it likely wasn't from an official source. 'It could have come from anywhere,'" according to Politico.

The site added, "Several other people close to Trump said they weren't sure where he got his information for the posts. One of these people said most of Trump's aides were back in Washington and woke up exasperated at the posts."

The tirade must sting especially bad after Trump earned media accolades for a restrained joint address to Congress in which he did not bring up any unscripted notions about the nation's politics, only to once again use Twitter to float them.

While it's unclear where Trump specifically could have picked up the idea, recent history offers a few clues.

One of his other recent claims, that the national media is deliberately not covering terror attacks to minimize the urgency of his immigration agenda, appeared to mirror headlines on far-right conspiracy website InfoWars. The site's founder Alex Jones, who is perhaps most famous for claiming the government puts chemicals in water that "turn the friggin frogs gay," told German newspaper Der Spiegel he and Trump are in consistent contact.

"It is surreal to talk about issues here on air and then word for word hear Trump say it two days later," Jones quipped during the closing stages of the presidential campaign.

Trump is apparently a fan of other right-wing outlets, which spin alarmist coverage out of comparatively little cloth, such as Gateway Pundit, whose reporter Lucian Wintrich was recently added to the White House press pool. In February, Wintrich told Mic questions about his qualifications were "Soros' propaganda," a reference to right-wing theories the Jewish billionaire is bankrolling protests around the country.