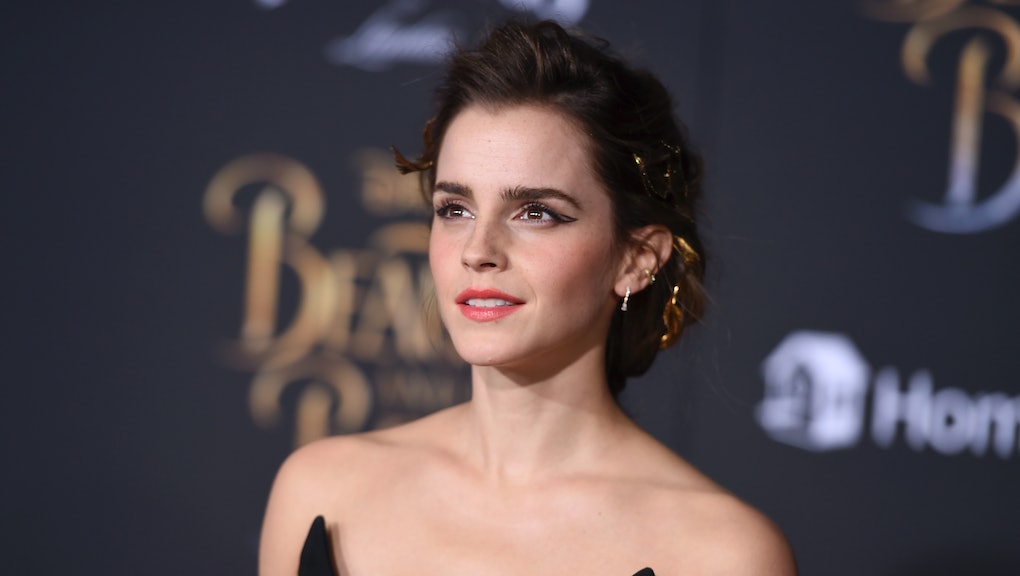 Emma Watson, who just can't win, is now getting shit from the Beyhive

The Beyhive forgives, but it does not forget.

And incidentally, it did neither for Emma Watson, who, despairing over critics who would call her partially exposed breasts in a recent Vanity Fair photo shoot "too sexy," tried to explain during an interview with BBC News that her haters fundamentally misunderstood what it means to be a feminist.

"Feminism is about giving women choice. Feminism is not a stick with which to beat other women with," Watson said. "It's about freedom. It's about liberation. It's about equality."

But fans of Beyoncé — collectively known as the ever-swarming Beyhive — don't really give a shit about feminist critique, it turns out, as long as you don't come for their queen. Which, apparently, is exactly what Watson did in an unearthed interview with Wonderland magazine a few years back.

During a 2014 discussion of one of the music videos that accompanied the release of Beyoncé's self-titled album that year, Watson said that she felt "conflicted" about the role that the male gaze played in the pop star's costuming.

"I felt her message felt very conflicted in the sense that on the one hand she is putting herself in a category of a feminist. ... but then the camera, it felt very male, such a male voyeuristic experience of her," Watson said.

Now that she's been branded with the scarlet letter "H" (for "hypocrite"), Watson will be forced to retreat into the woods outside of her humble village (Hollywood) and wait for this whole thing to blow over. Or she can just keep on doing press for Disney's forthcoming live action Beauty and the Beast remake, which she stars in. Either will do just fine.