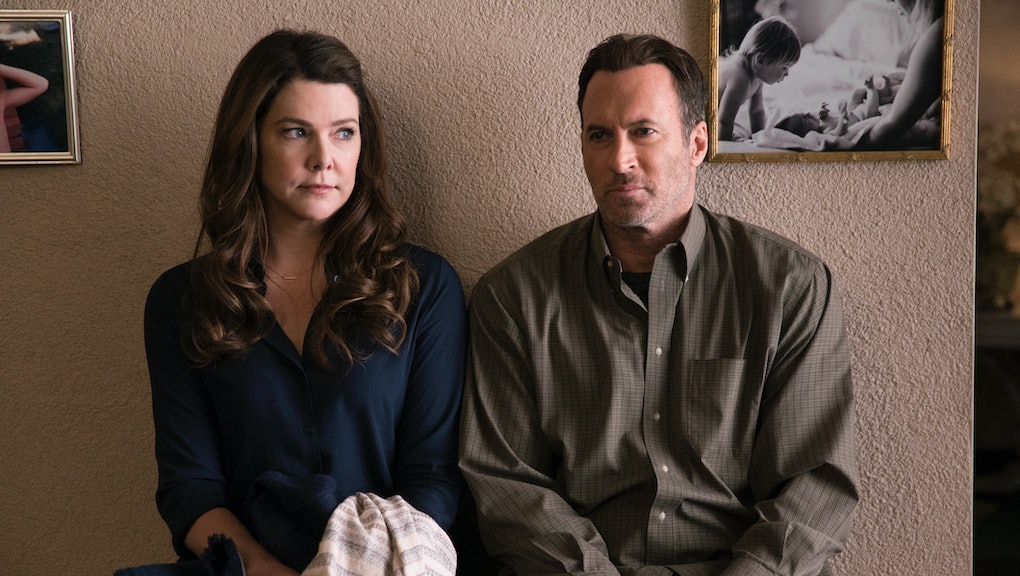 'Gilmore Girls' may come back to Netflix for a season 2. Here's why it shouldn't.

If Netflix's chief content officer Ted Sarandos is to be believed — and considering he's the one making these calls, he should be — we are on the path toward more Gilmore Girls: A Year in the Life.

Over in the United Kingdom, Sarandos told the country's Press Association that the streaming service is in the earliest of talks for another Gilmore Girls revival. The motivation for this, it seems, is that A Year in the Life was an enormous hit for Netflix, and thus they would like more please.

"We obviously loved the success of the show, fans loved how well it was done, it delivered what they hoped," Sarandos said. "The worst thing is to wait a couple of years for your favorite show to come back and for it to disappoint you, but they sure delivered and people were really excited about more, and we have been talking to them about the possibility of that."

This is a terrible idea.

[Editor's note: Spoilers ahead for the first — and hopefully only — season of Gilmore Girls: A Year in the Life.]

Look, you will find few Gilmore Girls fans more obsessed with this show than me. I've watched the whole series half a dozen times, and some episodes upwards of 100. It's a great show. It's one of the all-time greatest, in my opinion. I was thrilled to see A Year in the Life come to fruition, and despite some flaws I enjoyed the final product.

Gilmore Girls: A Year in the Life season one worked because it had such a strong backbone to it. The series used Edward Herrmann's death — and thus Richard Gilmore's — as a guiding beacon. The three protagonists, Lorelai, Rory and Emily, were all at different crossroads in their life, with Richard's ghost haunting some of them more than others. Most of the emotional catharsis of the series came from the characters' connection to him.

Season two would need to find some similar kind of structure, but it's hard to imagine anything being as powerful and affecting as grappling with Richard's death.

The other issue is that more episodes would mean that creator Amy Sherman-Palladino's infamous final four words would no longer be so final. If Gilmore Girls was always supposed to end with Rory telling her mom she's pregnant, then what comes after that? This is no longer Sherman-Palladino ending her series the way she wanted to; it'd be something she's making up on the fly.

That's not inherently a bad thing. In fact, less pressure to end the story "right" might help Sherman-Palladino's writing feel looser and more organic. But even with that in mind, there's only so much she can do with a story she never intended to write. Watching Rory raise a baby isn't particularly thrilling to think about. Meanwhile, Emily's story basically wrapped up with her move to Nantucket in the finale episode "Fall."

If there were to be any more A Year in the Life, it should stick to Lorelai, who seemingly has the most story still to tell, and include some new characters. Bring back some Bunheads alumni; season one of A Year in the Life made good use of Sutton Foster and Julia Goldani Telles, but what if more actors from Sherman-Palladino's too-short-lived ABC Family show got a chance to work with the master showrunner some more? Shift the focus to Lorelai's inn and the staff who works there, with Lorelai's personal life — including her new marriage to Luke — still providing most of the narrative thrust. Emily and Rory can drop in for shorter periods of time.

Of course, at this point, the show doesn't feel much like Gilmore Girls at all. This brings us back to our square one point: This is a terrible idea.

If Netflix revives Gilmore Girls once more, no matter what it's form, I'll watch. I love the universe Sherman-Palladino created with Stars Hollow, and I have such deep affection for these characters. And I get it: The cliffhanger ending of season one left fans clamoring for closure to the tune of a massive bump in subscribers for Netflix. It makes sense that the streaming service would want more, purely on a business level.

But Gilmore Girls is more than just its ratings. It's a beloved property with devoted fans who want its legacy preserved. More A Year in the Life can only tarnish that legacy, frankly. It could be better than expected — might even be a ton of fun to watch. But it won't be the best of Gilmore Girls, and that's what viewers expect and deserve.