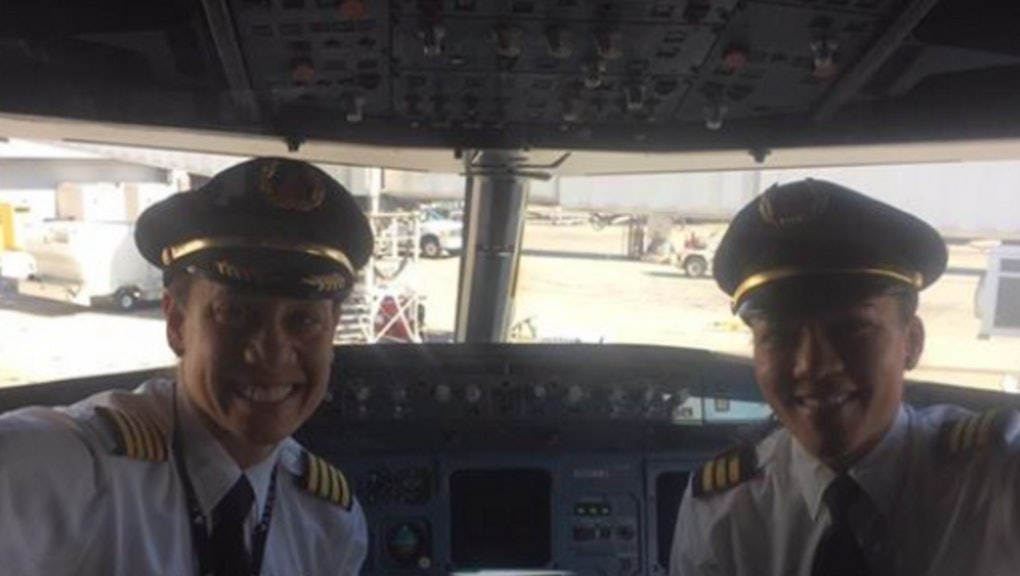 There's nothing like starting off Women's History Month with a dose of #BlackGirlMagic.

Delta pilots first officer Dawn Cook and captain Stephanie Johnson made history in late February. They were the two members of the first all-black, all women cockpit on a mainline Delta flight.

According to the Root, Cook and Johnson were flying the Airbus 320 from Detroit to Las Vegas on Feb. 26. Johnson also made history in the past by becoming Delta's first female African-American captain.

Johnson said in her feature interview with Delta Airlines' blog that she gained her interest in flying with the help and motivation from her high school physics teacher.

"There were no pilots in my life growing up, and I think I'm the first person in my family to graduate from college," Johnson said in her Delta profile. "But for as long as I can remember, I have been fascinated with airplanes and would think, 'What a great thing it would be to know how to fly.'"

But now as the first black female captain at Delta, Johnson serves as a role model for young women of color — specifically, young black women.

"I feel a great sense of responsibility to be a positive role model," Johnson added in her Delta interview. "There are so few women in this profession and too many women who still don't think of it as a career option. When I was hired by Northwest Airlines, there were 12 African-American women airline pilots in the country at the major airlines, and I knew all of their names."