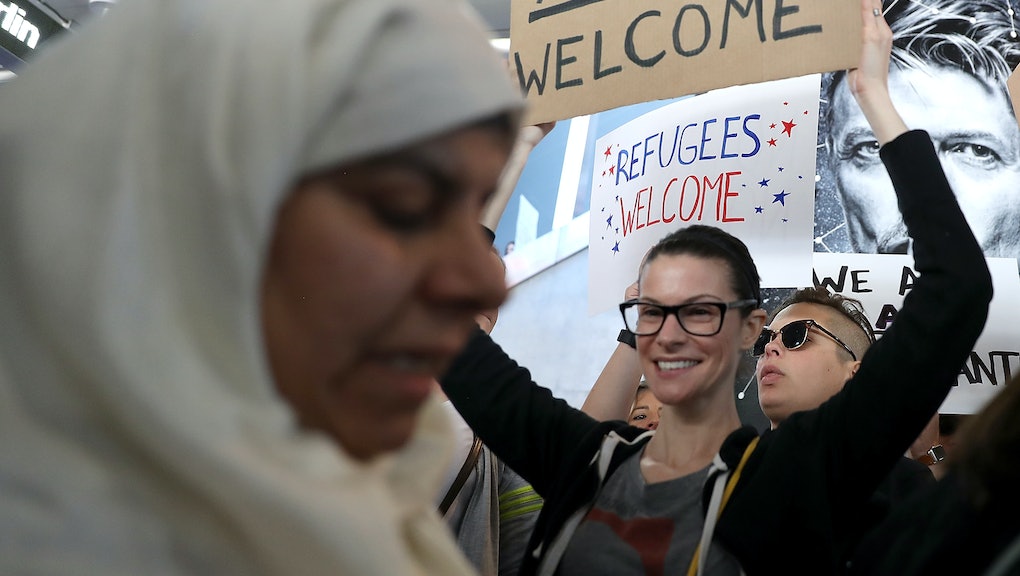 The family, whose identities remain anonymous out of safety concerns, arrived in LAX with valid special immigration status visas, the New York Times reported. Afghanistan is also not on the list of the list of seven banned majority-Muslim countries from Trump's original executive order signed on Jan. 27.

The family was also detained despite a federal judge's stay on the order.

Carl Rusnok, a spokesman for the U.S. Immigration and Customs Enforcement, told the Los Angeles Times in a written statement that ICE will "fully comply with the March 4 judicial order and all other legal requirements." Rusnok would not give a reason for the family's detention.

The family will have a hearing for their case on Monday afternoon. Trump also signed a new executive order on immigration and refugees — that could impact the family as well.