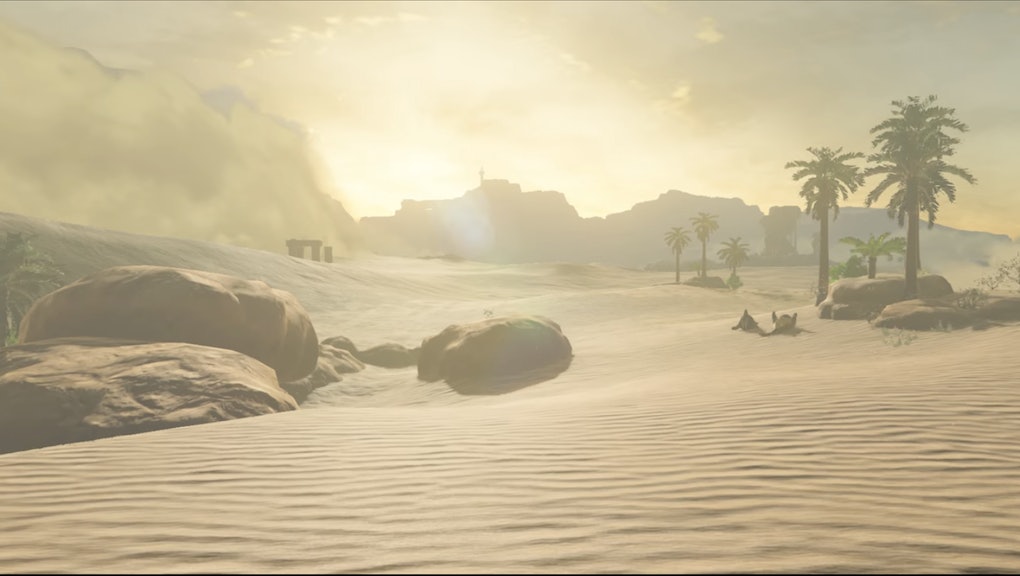 If you're completing the main story in Legend of Zelda: Breath of the Wild, you'll eventually have to go into the Gerudo Desert in order to free one of the Divine Beasts. The beast in the Gerudo Desert can unleash thunder strikes in order to keep you away from its corrupted innards — to protect yourself, you'll need to get something from the leader of the Gerudo. Of course, nothing ever comes easy for Link, and you'll have to make your way into the Yiga Clan Hideout in order to get it.

Mild spoilers for a major quest in Zelda: Breath of the Wild follow, but read on if you're "in the know" and want to know how to get unstuck. Here's everything you need to know about the Yiga Clan Hideout.

Zelda: Breath of the Wild Yiga Clan Hideout location: How to find it

She'll tell you that a priceless Gerudo heirloom has been stolen by the Yiga Clan, and that heirloom is the one thing that can protect you from the divine beast Vah Naboris' thunder strikes. Once you've gotten the skinny from Riju, head to her left and talk to Teake, the guard captain, who's waiting at the top of the stairs.

Teake will give permission to the rank-and-file soldiers to talk to you, and from them you'll learn that the Yiga Clan Hideout is in Karusa Valley, north of Gerudo Town.

Rent a sandseal — the animals that replace horses in the desert — from the shop near the northern exit after chatting with the guard outside. Ride your sandseal into the valley and look for flags draped all over the place: that's how you'll know you're in the right spot.

Zelda: Breath of the Wild Yiga Clan Hideout guide: How to get through it

If you follow the flags, eventually you'll arrive inside the Yiga Clan Hideout. You'll arrive in a big circular room, and it might seem like there's no way forward. Burn the banners around the room to reveal a way forward and some chests that you can open.

The Yiga base is full of heavy bruisers who are difficult to fight and call in reinforcements if they catch you, so don't let them do that. Instead, you'll want to use the bananas you've been finding all over the base to distract the Yiga Clan heavies and run by them while they're distracted.

Use this tactic to sneak through the base until you reach a room with a chest in the middle of it. Use your Magnesis rune to discover there's a hidden door, which you can open up to lead you to the boss fight. Before you do however, help yourself to the various chests half-buried in the room.

The boss of this area is Master Kohga, an ostentatiously dressed man wearing a mask who spends the bulk of this fight throwing boulders at you. However, as long as you have a bow and a strong melee weapon, he shouldn't cause you too much trouble.

Kohga will spend the first part of the fight summoning a giant boulder to throw at you. If you shoot him with an arrow while he's summoning, you'll break his concentration and he'll drop the boulder onto his head, dealing massive damage to him and leaving him vulnerable to follow up attacks.

Once you've taken off about a third of his health this way, he'll wise up and start floating over the pit in the middle of the arena while summoning two boulders. He'll rotate them around him in a counter-clockwise motion, so just shoot him while one of them is above his head to deal more damage to him.

Once he's down to the last third of his health, the kid gloves come off and Kohga uses the power of Magnesis to summon a giant metal ball with spikes on it. You'll have to vary up your tactics on this one since Kohga has learned to keep his shield up while moving the ball around. Arrows won't work! Instead, Open up your Sheikah Slate and use your Magnesis power to wrest control of the ball and smash it into him.

Hit him twice with that and he goes down for good, leaving you free to get Riju's crown back and defeat the Divine Beast of the Gerudo Desert!

Check out our comparison photos sizing up the Switch to the Wii U GamePad, along with details on the console's price, battery life and our hands-on review. If you're interested in the Nintendo Switch's games, here's info on the new Super Mario Odyssey, Legend of Zelda: Breath of the Wild, Splatoon 2, Xenoblade Chronicles 2, 1-2-Switch and the goofy boxing game Arms.