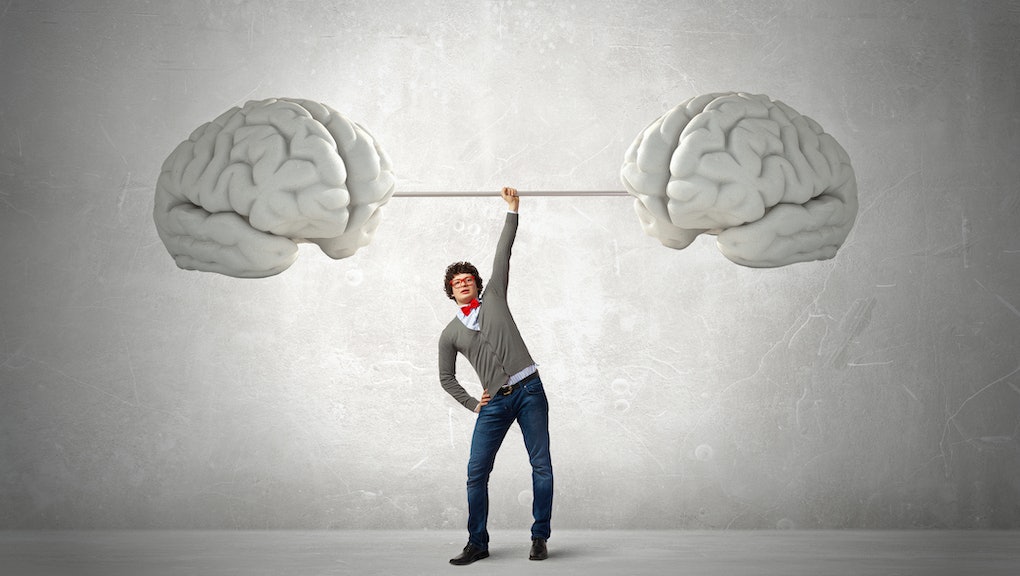 How to improve memory, according to science: This one trick really works

There are great reasons to want a better memory. From recalling new colleagues' names, to getting your bills paid without delay, to showing up on time for work — a good memory really makes you look like you have your sh*t together... whether or not that's actually the case.

So how can you improve memory? It has long been believed to depend on genetics, and research has focused on links between recall and intelligence. But a new Stanford University School of Medicine study comparing fMRI brain scans of so-called "memory athletes" with normal folks suggests that great recall doesn't need to be inherited: It can actually be learned.

"We didn't find structural difference in the brains of the memory athletes compared to the control groups," professor Boris Konrad, one of the study's authors, said. "Training may be the only important factor we see in achieving superior memory."

Konrad would know. After high school, he took to memorization games to help prep for university exams — and then went on to set a Guinness World Record for memorizing 21 first names and birth dates in just two minutes.

He also made friends along the way, which is how the Stanford researchers were able to secure the participation of "memory athletes" — all of whom placed in the top 50 at the World Memory Championships — for the study. After participating in a brain scan, the athletes did a short memorization task: On average, each was able to memorize about 71 out of 72 nouns in a few minutes (2 seconds per word), then recall them correctly after 20 minutes.

For a control group, the researchers found subjects with no previous exposure to mnemonic exercises and gave them the same tests: They were able to correctly recall only about 26 of the 72 terms. Then things got interesting.

What did the researchers find? After the course, the people who trained in "loci" had far higher scores, more than doubling their average of 26 terms up to an average of 62 — comparable to those of the memory athletes — while the other two control groups were largely unchanged.

That's particularly surprising because "working memory training" is fairly contemporary and described as a "rapidly growing" field, while loci, by contrast, is literally ancient. The loci method, sometimes described as the "memory palace" method, was coined by Greek and Roman orators who had to memorize long speeches without the help of text.

The idea, Konrad explained, is pretty simple. Humans are better at processing visual information than textual information, so if you want to remember a ton of words at once, pair each one with an image: "Written-down language is only a few thousand years old and the way our brain stores that without help is quite limited," Konrad said. "Maybe there's a different way, but this way ... makes information go into the memory system that wouldn't go in there normally."

It's helpful, Konrad said, to get your aids from a visual or spatial journey. When he was coaching his subjects, Konrad said he walked them around the grounds at Stanford and had them point out the things they noticed along the way — like a wide doorway, a piece of public art or a coffee maker.

If you were trying to remember a list of names, Konrad said, using the examples of Boris and James, you'd picture a famous Boris standing in the doorway, a famous James standing in front of the piece of public art. And so on, and so forth, until you had a visual aid for every item to remember.

The course wasn't particularly rigorous, Konrad said: just twenty minutes a day. But the results were impressive, with students of loci showing improvement after just one week.

Sure, there's no shortage of online platforms that promise to hack your brain and improve functioning, but they often deal in pseudoscience: In 2016, the startup Lumosity had to pay out $2 million to settle allegations that it had implied its memory games were more effective than they actually were.

But despite all the interest in improving how our brains handle information, Konrad said, after thousands of years, loci still remains one of the few techniques that actually works.

Looking to give loci a try yourself?

Konrad's team shared the online course which they used as a model for the program so you can repeat the regimen yourself. Some researchers have also speculated that laying off the smartphone may help you retain more memories.

Finally, if you find yourself feeling particularly forgetful, remember that you have a key advantage which Cicero and his forbears did not — accessible tools to actually write stuff down.

Want to really dive into the loci method yourself? Here's a little primer on how you can improve your memory on your own.