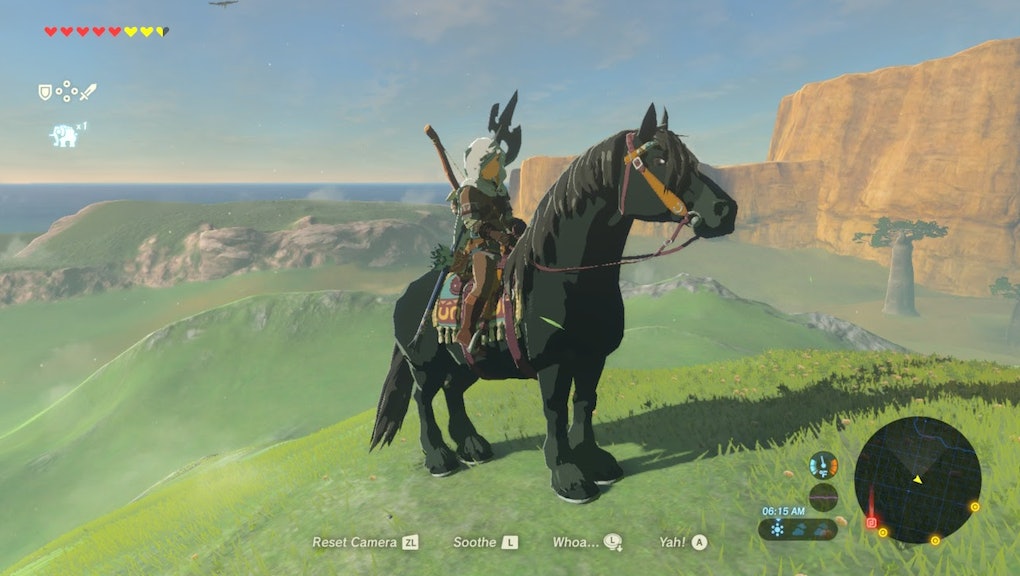 'Zelda: Breath of the Wild' Stable Locations: 8 horse stables to save on your map

Legend of Zelda: Breath of the Wild continues the classic tradition of allowing Link to ride on horseback between destinations but with a few major changes. For the first time in the series, Link is given the choice of many horses and required to tame them himself. The game map is also dotted with stables where you can register new steeds. However, finding a stable when you need to save a new horse can be a bit difficult sometimes.

We've rounded up all the stables in Zelda: Breath of the Wild we could find to make your life a little easier. Here's what you need to know.

Riverside Stable will likely be the first stable you encounter. According to ZeldaWiki.org, you're able to find Riverside Stable alongside — you guessed it — a river east of Great Plateau.

Dueling Peaks is another stable you may encounter early on. The region is named so for the two giant rock formations visible off in the distance. Segment Next noted that the Dueling Peaks stable is near Kakariko Village.

Outskirt Stable can be found towards the southwest corner of the map, according to ZeldaWiki.org. You'll want to search for this one near the River of the Dead at the base of the waterfall.

It's at this stable where you can take on a very special side-quest. Upon completion, you'll be rewarded with the Royal White Stallion.

Highland Stable can be found in the Faron region. You can also use the inn here or take part in a horse jump challenge. This stable is located near the Ka'o Makagh shrine.

This stable can be found near the Shai Utoh shrine, making it one of the more convenient stables. Lakeside stable is located directly east of Highland stable.

Wetland Stable can be found just west of the Lanayru wetlands indicator on the map. You're able to find Hetsu here after he's moved initially.

Foothill Stable can be found just south of Eldin Tower, according to VG247.

This region can be found in the northeast section of the map. It's located just north and a little to the left of the Sheh Rata Shrine.

Zelda: Breath of the Wild Stables: All the rest

GameFAQs user Helsionium looked through the game's files and noted other stables. East Akkala Stable, Serenne Stable, South Akkala Stable, Snowfield Stable, Tabantha Bridge Stable, Gerudo Canyon Stable and Rito Stable are all likely places you'll be able to bring a horse to register it or swap between your collection.