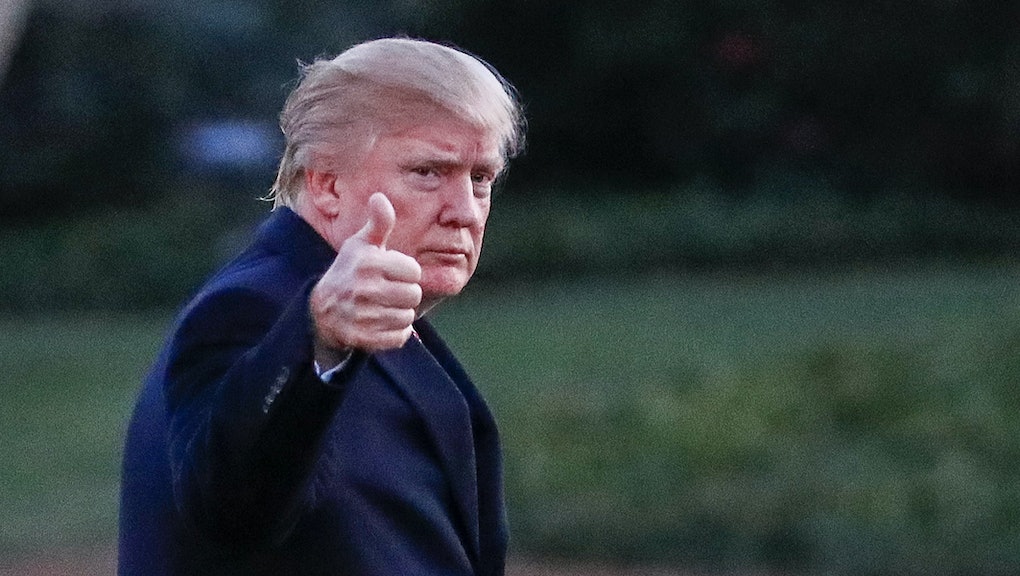 Donald Trump's Muslim Ban: A disaster from the start

When federal courts blocked President Donald Trump's initial travel ban, Trump vehemently defended his hastily signed order, saying that announcing any notice of the ban would allow "a lot of bad dudes" to "rush into our country during that week."

It wasn't the only time Trump said any delay in his travel ban would put the country in peril.

On Feb. 4, Trump again said that "many very bad and dangerous people may be pouring into our country," after a federal appeals court denied his administration's request to begin enforcing the ban again.

And on Feb. 5, when that same court ruled definitively to place a stay on enforcement, Trump sought to preemptively blame that court if any terrorist attack happened in the U.S.

"Just cannot believe a judge would put our country in such peril," Trump tweeted. "If something happens blame him and court system. People pouring in. Bad!"

Trump signed a new travel ban on Monday that goes against his very arguments that the ban needed to be enforced ASAP — delaying implementation for another 10 full days, until March 16.

Even more, Trump's own staff delayed the signing of the new ban for more than a month.

Initially, the delay was an attempt to make sure the ban's implementation would go off smoother this time around.

"The order is finalized," Spicer said at a press briefing on Feb. 23, according to Politico. "What we're doing is in the implementation phase of working with the respective departments and agencies to make sure ... it's done in a manner that is flawless."

After Trump's joint address last week, the Trump administration again delayed signing the new ban in order to ride out a positive news cycle about his speech — which earned plaudits in the press.

Trump's initial attacks on judges for delaying implementation of his plan did not go unnoticed.

Many — including Democratic members of Congress — pointed out that hypocrisy.

"@POTUS said first travel ban had to go into effect immediately to save lives. This one goes into effect in 10 days. He has no credibility," Rep. Mark Takano (D-Calif.) tweeted.

"According to admin's own words announcing that date means they will pour in unvetted over the next 10 days," conservative commentator Stephen Miller — not to be confused with senior White House adviser Stephen Miller — tweeted.