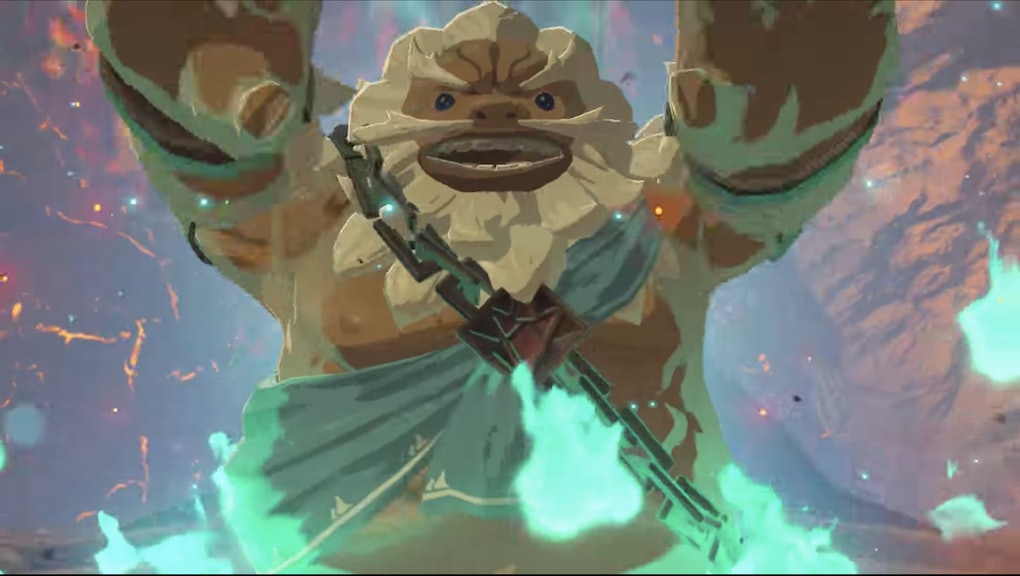 How to get into Goron City in 'Zelda: Breath of the Wild': Abandoned North Mine guide

Good news for fans of the classic Zelda title Ocarina of Time: Beloved characters Gorons and Zora have major roles in The Legend of Zelda: Breath of the Wild, and you'll have to interact with both of them in order to advance the main quest.

The only problem is the Gorons live in an active volcano, so you'll need to find a way to increase your resistance to heat if you're trying to meet up with them. Here's how to do it.

How to get into Goron City in Zelda: Breath of the Wild

If you want to be able to find the Gorons in Breath of the Wild, VG247 suggests heading to the Foothill Stable south of Eldin Tower. There, you'll meet Gaile who sells fireproof elixirs. Grab three of them for 150 rupees.

Once you're properly outfitted, follow the path leading northwest from Elgin Tower. You'll pass through an area called the Southern Mine and then find yourself in Goron City. Head a little bit past Goron City to find a shrine you can activate in order to save yourself multiple return trips.

Once you're in the Goron City, find a Goron named Bludo, who will give you a quest to find Yunobo, a young Goron who's gone missing in the Abandoned North Mine.

Zelda: Breath of the Wild Abandoned North Mine: How to survive the heat

If you can believe it, the Abandoned North Mine is even hotter than Death Mountain and the Goron City, so you'll have to have two layers of fire protection in order to find Yunobo.

The easiest way to get this is to drink a Fireproof Elixir from Gaile and wear the Flamebreaker Armor you get from Kima the traveler in the Southern Goron Mine in exchange for 10 Fireproof Lizards, according to Gosunoob.

If you'd rather not give Gaile any more of your hard-earned rupees, you can instead stack the Flamebreaker armor with another piece of the set, which you can buy in Goron City. Be warned, however, that it doesn't come cheap. The boots will run you 700 rupees and the helmet will cost you 2,000. Expect to be pinching your pennies for a while to get those!